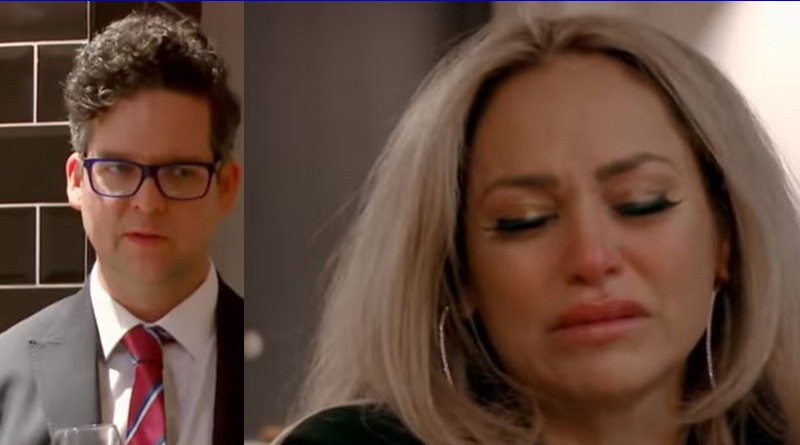 90 Day Fiance fans get a lot of great information from Reddit. However, they also get a lot of unfounded speculation. A recent post suggesting Darcey was filming with another man – not Tom- made one of the threads. A shared video of about eight seconds long showed her in a restaurant with someone they thought was not Tom. The user who shared it said they date a guy who works in the restaurant.

The short video showed some guys filming Darcey. The video was taken from far away, so it’s a bit indistinct. Darcey seemed to be with someone other than Tom. But, many followers of the TLC show noted that Tom lost a lot of weight since the show premiered. The person who shared the story to Reddit took the video down, so it no longer works. Some Reddit followers think the person who shared it actually closed their account. But, TV Season Spoilers grabbed from screencaps of it before the removal.

According to the outlet’s report on the 90 Day Fiance star, “The poster’s boyfriend works at Williamsburg at a rooftop bar known as Westlife. She also goes on to describe the looks of the person Darcey was with. He looked like a skinnier, Tom. Well, it’s safe to say that Darcey is sticking to her type!” But many fans think the video probably showed Tom and not a new man at all. What does emerge is that apparently the boyfriend of the poster was set to serve them, but “Darcy got crazy and left.” So, obviously, and true to form, there was an emotional moment there.

Some fans think Darcey did film with Tom

Many people on Reddit know the characters in 90 Day Fiance as far as they can go by stalking social media. And, in this instance, rumors her man is not Tom mostly got disbelieved. One commenter noted, “He has lost a lot of weight since the season we are watching. I think it’s been reported he’s lost about 40lbs. He had posted a pic of himself in NYC for the tell all on IG and he was much thinner. It appears to be gone now. But he has definitely thinned out from what we are seeing. So that looks like him.”

Another commenter noted that some people, (before the video got taken down), sent it to Tom. They noted, “Hope your bf doesn’t get in trouble.” Well, maybe he did end up in trouble, as the account now seems closed. After all, most hotels and restaurants hope for more celebrity customers and probably are not too pleased if the staff try and get the goods on them. Hopefully, no trouble came his way, but that could account for Darcey flouncing out. TV Season Spoilers mentioned once she looked straight at the camera and maybe knew she was being filmed surreptitiously.

Was Darcey filming with another man – or is it just a rumor?

Some 90 Day Fiance followers sincerely hope it’s not another man. If so, that could indicate a new man and a new season of desperation. Most fans seem sick and tired of Darcey with her emotionally unstable tear-ducts. What do you think? Do you think this could just be a slimmer Tom with a better haircut? Sound off your thoughts in the comments below.