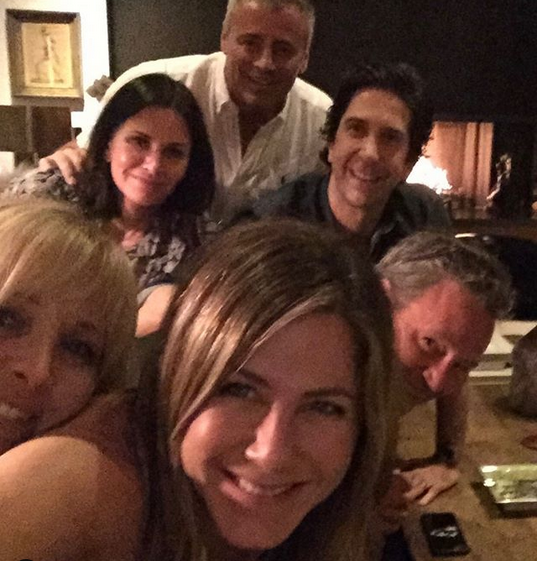 A Friends reunion has been teased on the same day that Disney+ launch. Is this an evil trick that was concocted by Netflix or NBC? Or does it just seem like a sheer coincidence? The Disney+ streaming service launched yesterday to much hype. In fact, the launch was so popular that some people had trouble accessing the service.

Disney+ launches to much fanfare and technical errors

However, it wasn’t overshadowed by the report of a possible Friends reunion in the works for HBO Max. Disney and WarnerMedia have become two of the biggest companies involved in the streaming wars. HBO Max is expected to compete against Disney+ with some of its own original content arriving next year. However, there are some obvious differences between the two companies. One is more family-friendly while the other is adult-oriented.

There’s also that debate over which Universe is better: Marvel or DC? Nonetheless, the launch of Disney+ was a success for the company. However, it wasn’t always so easy. Despite the technical issues and errors, the combination of The Mandalorian, Marvel content, and Star Wars movies was enough to keep fans distracted. Subscribers were also overwhelmed by the back catalog of content. Some people took to Twitter to exclaim they didn’t know what to watch first.

‘Friends’ reunion is likely to happen on HBO Max

Now there’s a possible Friends reunion in the works. According to a previous report via ScreenRant, all six stars are currently in talks. This announcement was made the same day that Disney+ launched. It turns out that the Friends reunion won’t happen on Netflix, which is currently home to all episodes of the hit TV Show.

Friends have found its home on the streaming platform and have attracted a new generation of fans. It’s also one of HBO Max’s prized jewels. To make the announcement about a Friends reunion on the day that Disney+ launches would’ve been a total power move, but alas, it didn’t happen.

As previously reported via TV Shows Ace, a Friends reunion did happen last month. Jennifer Aniston met up with her former friends and the Instagram photo racked up the most likes in 24 hours. Even Courtney Cox has been teasing the possibility of a Friends reunion. Does that mean a Friends reunion or reboot could happen sometime in the future?

The company wants to keep this a secret since it’s currently in the works. The Friends reunion is expected to be unscripted and won’t be the same sitcom format that fans are used to. But that doesn’t matter when it comes to the current streaming wars. Of course, Disney+ can’t compete with Netflix when it comes to original shows and selection of movies since it has more Disney-owned, family-friendly content. The most popular sitcoms on Netflix are currently The Office and Friends, and the reports of a Friends reunion could be a big deal for HBO Max.

It also didn’t take HBO Max long to take shots at Disney+ and Netflix. They used Disney’s launch date to attract attention to a possible Friends reunion. As the streaming wars continue, companies are trying to find ways to attract subscribers.

What are your thoughts? Do you think a Friends reunion could happen? Sound off below in the comments section. And don’t forget to follow TV Shows Ace for more TV news.