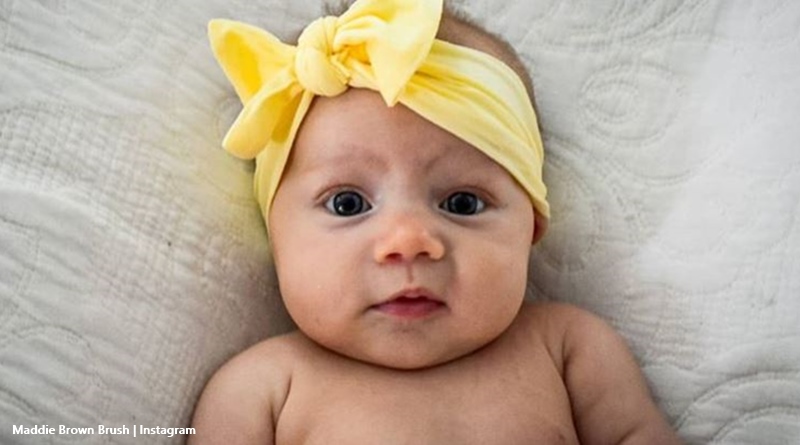 TV Shows Ace reported that Evie K was born to Maddie and Caleb in late August. That means the little girl’s less than three-months-old. And now she’s already started rolling over all by herself. As fans know, shortly after her birth, Maddie shared the news that Evie suffers from FATCO. That means she’s missing three fingers, a toe, and her fibula. She also had a bowed tibia, a shortened forearm and some fusing in her fingers. Obviously, in time to come, that needs some medical attention as she’s bound to have some mobility issues.

But for Maddie, right now, Evie K’s doing all the right things with her milestones. In fact, the newest addition to the Sister Wives family’s actually a little bit ahead. Maddie shared how she managed to roll over all by herself for the first time. According to What To Expect, a baby usually manages to roll over after about four months. They explain that this is because by then, the little one developed the upper body strength to manage the maneuver. So, naturally, Maddie’s delighted and she shared it on Instagram.

On her Instagram, Maddie shared a short clip of her daughter’s achievement. Obviously, she did it more than once, as Maddie managed to film it. In fact, Maddie shared her baby rolling from her back onto her tummy. And, the website mentioned above actually notes that sometimes it can take a baby “up to six months” to achieve that. It seems that tummy to back is a much easier maneuver.

Maddie captioned her video with, “There it is! She’s rolling! I need her to stop growing asap 😅😭 Miss Evie K is letting nothing hold her back! 🥰” Fans of Sister Wives shared in her happiness. One noted, “Good job pretty girl 💖 nothing in this world will hold you back because you are a part of a wonderful, loving family who will never let you give up! She’s gorgeous 💖.” Others noted how soon she managed to it.

There it is! She's rolling! I need her to stop growing asap 😅😭 Miss Evie K is letting nothing hold her back! 🥰 . . . #MissEvieK #thisismotherhood #rollinrollinrollin #babylove #mommylove #momlife #myheart #babygirl #fighter

What do you think about Evie K hitting her new milestone at such a young age? Are you thrilled for Maddie that her little girl looks like she’s very determined to take on the world? Sound off your thoughts in the comments below.