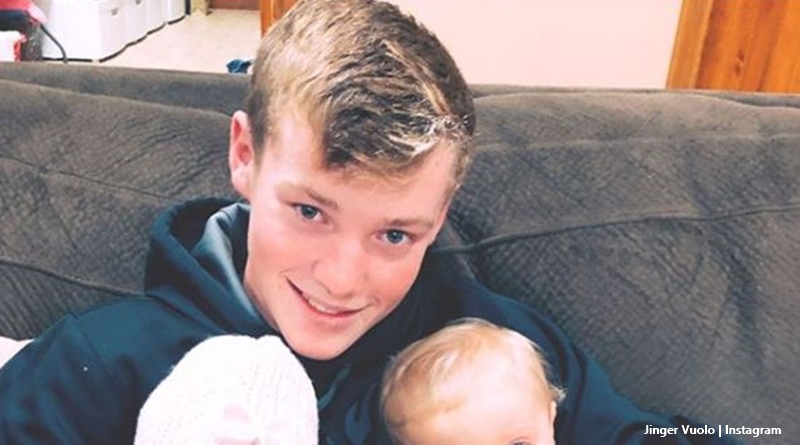 Counting On youngster Justin Duggar just turned 17-years-old. Justin, the son of Jim Bob and Michelle Duggar is the 14th child out of the 19 surviving kids they produced. Close to his brother Jedidiah, could he follow him into politics in a few years time?

Jinger Vuolo shared a picture of Justin on her Instagram. And, he’s turned into a good looking young man. She captioned it with, “I can’t believe he’s turning 17 today! Love you so much, Justin. May your birthday be filled with joy, and many blessings! 🎈💕.” Well, many Counting On fans can’t believe he’s 17 already either. As one noted, “We’ve watched all of you grow up on our TV’s. It’s amazing how time has flown. I remember when it started out there were only 15 kids ( I believe). Now, look at all of you. Your family has truly been blessed!💖🙏💖🙏.”

Of course, Justin’s too young to have his own Instagram. The Duggar parents usually only allow that when they go courting. Or, in Jedidiah’s instance, when they run for public office. But, he’s not too young to hold strong conservative political views. Jedidiah’s running for public office and it looks like the two boys feel strongly about Republican values. TV Shows Ace reported that he announced his “candidacy for Arkansas State Representative District 89 in Springdale.” Actually, Jed’s less than four years older than Justin.

I can't believe he's turning 17 today! Love you so much, Justin. May your birthday be filled with joy, and many blessings! 🎈💕

Justin does his bit for Trump campaign – will he follow Jedidiah into politics?

Despite his young age, Counting On star Justin already displays an interest in politics. The Daily Mail reported that Justin contributed to the Trump Campaign. He went out and mowed a large lawn sign that said, “Trump 2020.” He positioned it “on the side of Arbor Acres Avenue in Springdale.” Maybe he just did it to support his older brother’s campaign in town. But, TV Shows Ace also reported that he and Jedidiah are close.

We wrote, “Jedidiah, Jeremiah, Jason, James, and Justin remain extremely close. Naturally, fans suspect this tight bond has a lot to do with the boys being so close in age.” Well, Justin’s not old enough to even vote yet. But, just a  couple of years ago, neither was his brother Jed. Probably, Jed plays a big role in the younger boy’s life and that might influence him a lot.

What do you think about Justin Duggar turning 17-years-old already? Do you think he might follow his brother Jedidiah into politics in a few years time? Sound off your thoughts in the comments below.