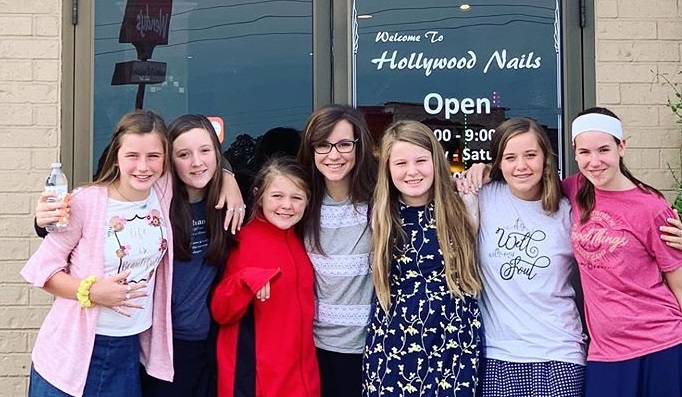 It goes without saying that the Duggar family is an acquired taste. They certainly aren’t what anyone would consider a typical or average family. It, however, is that same uniqueness that made both Counting On and 19 Kids and Counting so popular.

The Counting On family are known and loved for their extreme and powerful beliefs.

Michelle and Jim Bob Duggar are both deeply loved and deeply hated for their extreme religious belies. Notably, there’s the fact that not believing in birth control resulted in the birth of 19 different children.

With other extreme beliefs such as homeschooling, only natural forms of entertainment, and a strict no dating policy, it is no surprise that the Duggar family grew up with strong, close bonds. Outside of making friends at church, the Duggar children only really had each other as company.

As with any siblings, however, those bonds fade to some degree as the Duggars age, move out, and start families of their own.

Notably, however, some of the grown Duggar children maintain much stronger relationships with each other then others. In fact, here’s the scoop on who shares the tightest of sibling bonds.

Some Duggar sibling bonds faded while others remained strong.

Notably, there is the fact that Jinger and her husband moved away from the Duggar clan to California. Jinger still has a strong relationship with both her parents and her siblings. It, however, goes without saying that she doesn’t see as much of them because of distance.

When they were children, Jill and Jessa had a very strong bond. According to CheatSheet, the sisters appear to have grown apart with age. In fact, “Jill doesn’t have the close relationship with her family” the outlet goes on to reveal.

Jessa and Jana remain close. However, some fans suspect it could be because of proximity. Jana still lives at home and Jessa doesn’t live too far away.

It was during a recent episode that the closest Duggar siblings were revealed.

According to a recent episode of Counting On, fans learned Jedidiah, Jeremiah, Jason, James, and Justin remain extremely close. Naturally, fans suspect this tight bond has a lot to do with the boys being so close in age.

Watch an all new episode of “Counting On” tonight at 9/8c on @tlc!

Jackson, being just 15, does not share the same strong bond with the rest of his brothers. Fans, however, suspect this has something to do with his age as well. It is possible Michelle and Jim Bob do not believe he is old enough to venture off with his brothers just yet.

Marriage may break the bond between the Counting On siblings

One of the biggest reasons the Duggar sisters grew apart is marriage. They got married and started their own family. Distance and faded bonds becomes part of the natural cycle of life. The Duggar brothers have noted that they try to bond and spend time together “while they can.” This notion indicates they also believe distance between their siblings will brew when they settle down.

‘The Bachelor’: Erica Rose Drops Truth Bomb About Chris Harrison
Todd Chrisley Gone Too Far? Fan Asks Who Died & Made Him Righteous
Savannah Chrisley Baffles Fans Once Again Doting On Little Sister Chloe
WOW! Matt Roloff’s 2021 Net Worth Might Shock You
Is Erika Jayne Calling One Of Her Co-Stars A ‘Snake’ For Leaking Info?