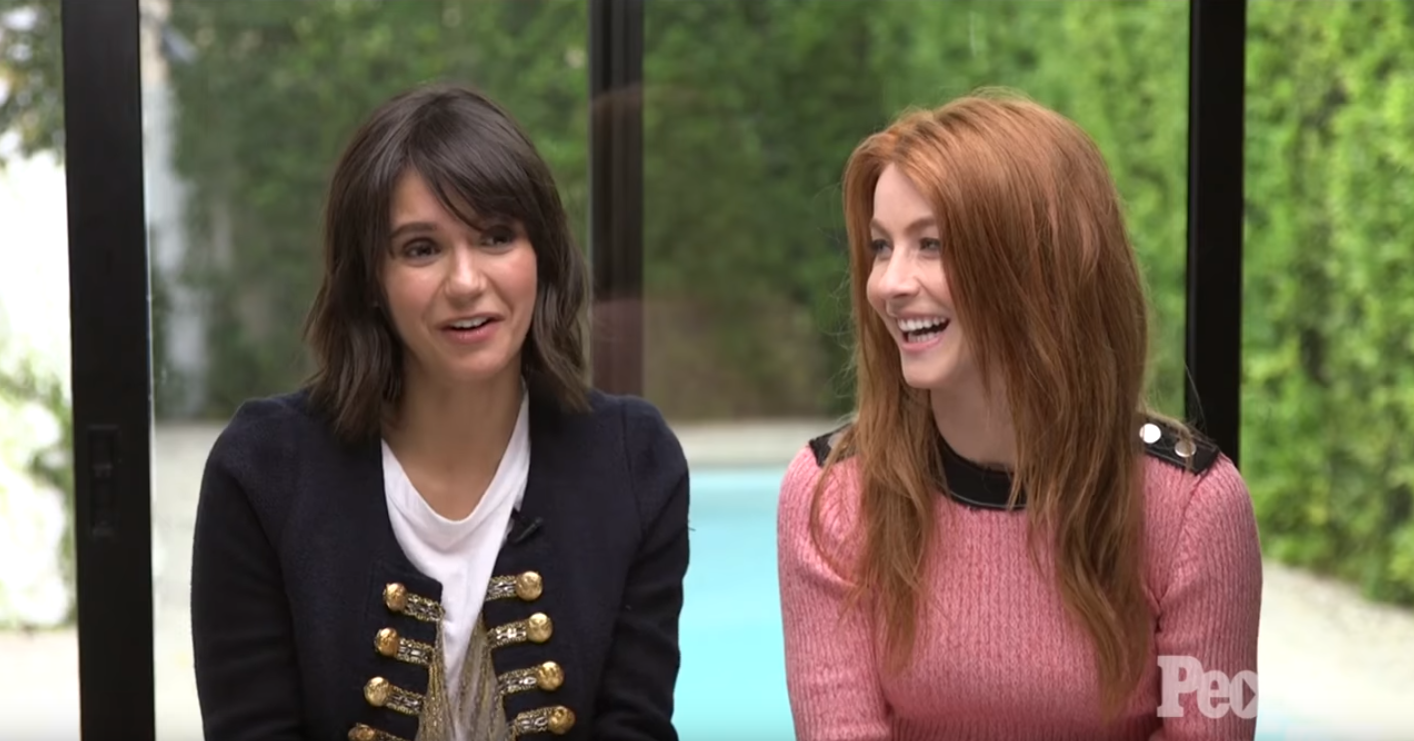 Where would you be on a Sunday night? For Julianne Hough, it was a trip to the ER and not for herself. She was there to support bestie Nina Dobrev.

The Dancing with the Stars alum shared an update on her Instagram Stories with Dobrev laying in a hospital bed with an oxygen mask. Hough shared that she was there for love and support, bringing her healing crystals along with her.

Why Was Nina Dobrev in Hospital?

Wait, why was Dobrev in the hospital? According to Us Weekly, it was due to a severe allergic reaction.

Naturally, when fans learned that Dobrev was in the hospital, they panicked. What could have possibly happened? The Vampire Diaries alum took to her own Instagram to offer an update. It turns out that she has a number of serious allergies, and sometimes that leads to her going into anaphylactic shock. She needed help from the hospital to deal with the current situation.

According to Nina Dobrev, this is a regular occurrence. So regular that it doesn’t even sound like she worries about it anymore. You’ve got to feel for her when this happens. She is back home now, but we’re hoping for a speedy full recovery from this one. 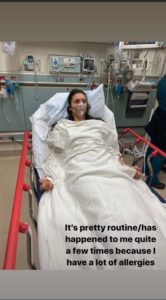 It looks like Julianne Hough is the best friend you definitely want in your pocket, though. She was the one there by Dobrev’s side at the ER trip, bringing as much good fortune and love as she could. This clearly isn’t the first time that Hough has been with her best friend during these situations. Dobrev shared an update once she got home, saying thank you to Hough for “being mom…again”

The two have been best friends for almost a decade. And they are the friends you want. Hough left her own launch party to be by Dobrev’s side when needed. We know that it isn’t just one-sided, either, although the stories of Hough’s sacrifices are the ones out there because the Degrassi star talks about them.

While Julianne Hough was by Dobrev’s side, the fans also shared their support and love. They all took to social media to wish The Vampire Diaries star well wishes and good health. Dobrev thanked everyone while sharing why she was in the hospital and then during the update to say she is back home.

It’s sadly not been the first time Nina Dobrev had needed medical care in the last few months, though. Just recently, press spotted her on crutches with an ankle brace. Here’s hoping she makes a speedy recovery from everything!

Andy Cohen Dismisses Victims On Erika Jayne Documentary
Amy Roloff Is Excited About Her Wedding, But Is Chris Marek?
Danielle Busby Has Mixed Feelings As She Leaves Blayke Behind?
‘All American’ Season 4 Premiere Date Set, Spin-Off Held for Midseason
Could There Be A TLC Birth Special For Jessa Seewald’s Fourth Baby?