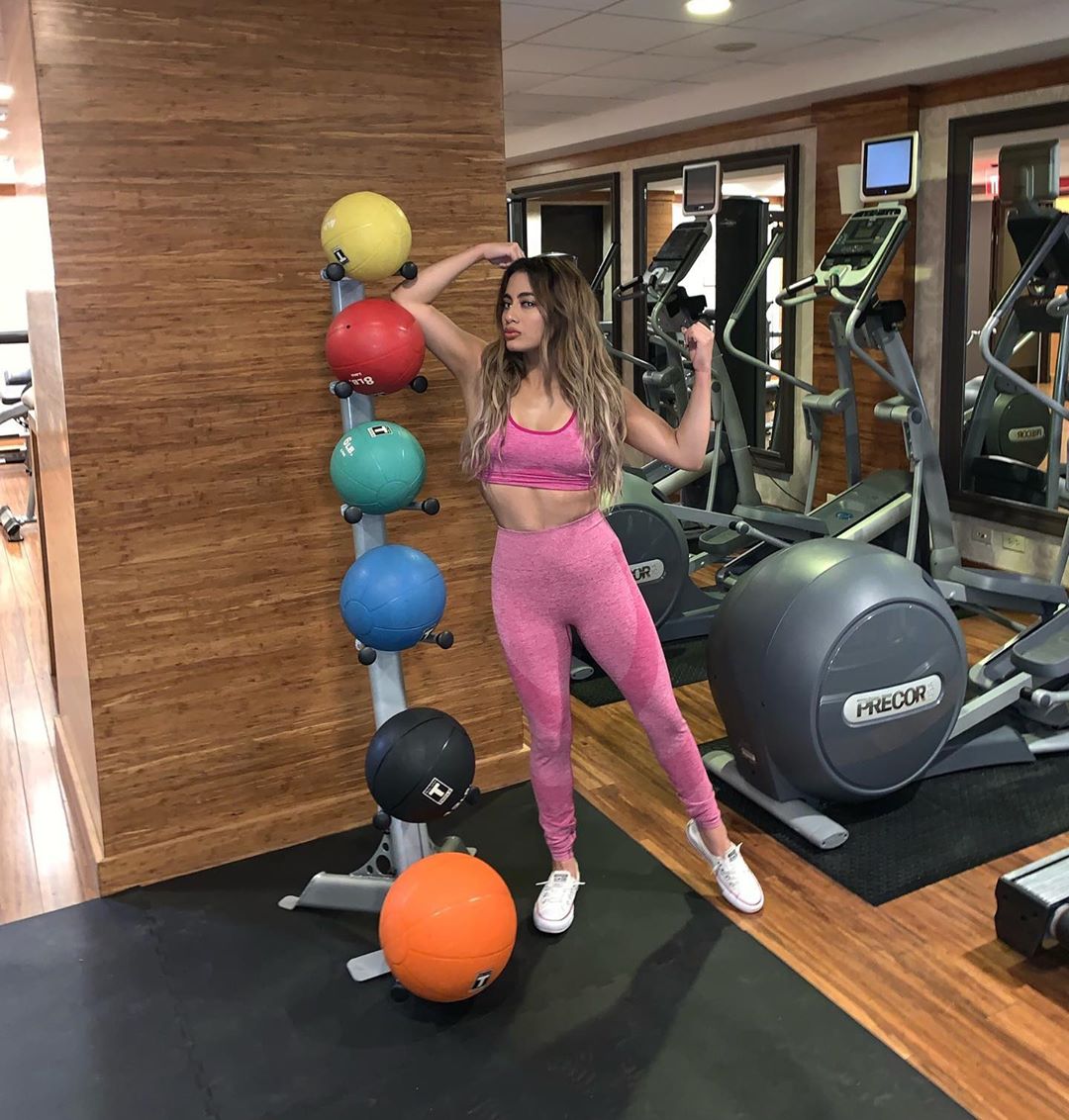 Dancing with the Stars proves to be a great show, and not just for entertainment value. The celebrities often come away with new skills that they can use in their lives afterward. Stars like Ally Brooke find DWTS excellent for their health at the same time.

While she sits near the top of the leaderboard, the singer shares that she’s healthier than she’s ever been. The intensive rehearsals have helped her lose weight and tone up at the same time.

Some celebrities will change their diet or fitness routine before they start rehearsals. They want to get ready for the dance competition, even if it’s just to feel better about themselves. That’s not something Brooke did. In an interview with Woman’s Day, the 26-year-old singer shared that she didn’t change anything. She wanted to go into the competition fresh and new, rather than to wear herself down before even starting the rehearsal part.

The DWTS leader shared in an Instagram post that she’s lost 10lbs during the grueling dance training. While that won’t sound like a lot for some, the American singer is already so small that losing another 10lbs is noticeable. However, she certainly doesn’t look ill for it. One of the greatest benefits of losing weight through a good diet and exercise is that the muscles tone up at the same time.

Ally Brooke Figures Out What Works for Her

Throughout the rehearsals, Ally Brooke has also been working out what works for her. She’s found eating a good, healthy breakfast on a morning before training for DWTS helps her perform better in the rehearsals. The singer has the right energy to focus and last longer during practice. This means she has a better chance of a great performance on the night.

There are still days where she will have some sweet treats, but she tries to start the morning with oatmeal and bananas, or another healthy carb with some fruit. Then more fruit throughout the day helps her keep her energy levels up.

After all, it’s not just about Dancing with the Stars. Brooke is putting out more music right now, which certainly keeps her busy. However, it’s nothing that she regrets. All the hard work is certainly paying off, both in terms of health and career success. One thing that Brooke likes to ensure is that her work is fun. The minute it’s not is the minute she takes a step back.

DWTS continues on Mondays on at 8/7c on ABC.