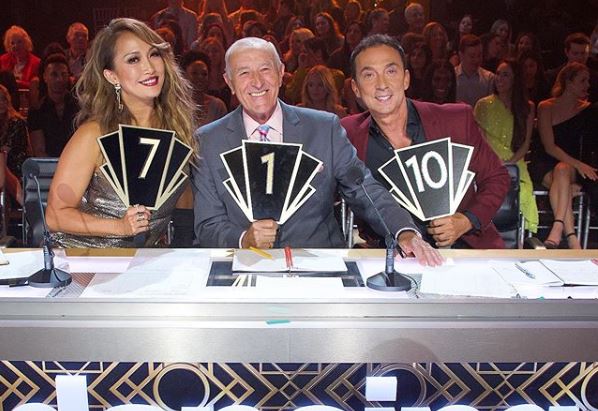 This week on Dancing With the Stars Len Goodman made a comment that really upset a few fans. Len is known for saying what the thinks. Pop Culture shared about what fans are saying about Len telling Ally Brooke not to touch him.

Former Fifth Harmony singer Ally Brooke performed on Monday night. At the end of the dance, she felt the need to give Len a high-five. This shouldn’t have been a big deal, but it is now. That is because of how he reacted. He was overheard saying “Don’t get overwhelmed. And don’t touch me again.” She replied saying, “I gave you a high-five.”

It was obvious that Ally didn’t mean to upset Len Goodman at all. Fans were mad over it and went to social networks. Nobody feels like he should have treated her that way.

What did fans have to say?

Some fans feel like it might be time to get rid of Len Goodman. Considering he was rude to Ally maybe he will do it to other contestants, too. Here are a few comments from the DWTS Facebook page.

Don’t miss the new episodes of DWTS on Monday nights on ABC.