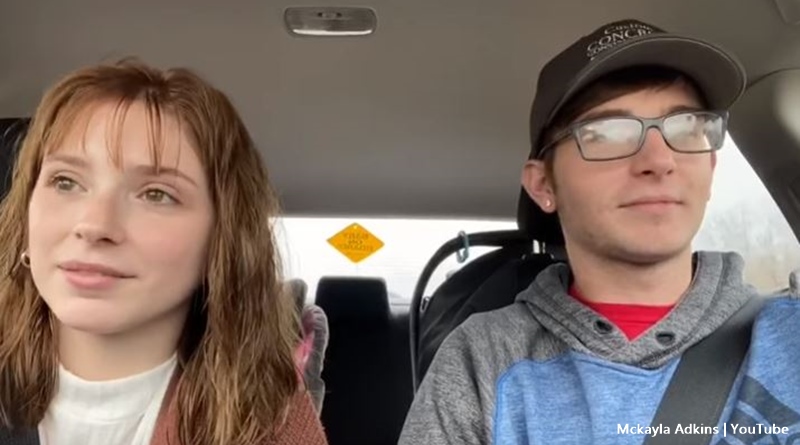 Unexpected fans heard that McKayla and Caelan broke up. Later, she dated a different guy for a while. TV Shows Ace reported, “First, she broke up with Caelan Morrison and started dating Josh. Then, she came up with a video of Caelan and her out on a kiddies custody visit. Caelan…needed a court intervention to even get to see his kids.” But, they got back together again, and now they explained why.

McKayla decided to reveal their story about why they got back together, while they went shopping. The young couple took the kids to town and went shopping for Christmas. They bought little Timmy some cute boots, and also picked up bulbs and other things. While out there, they also picked up some hair dye for McKayla. So, we saw a glimpse into their daily lives as a family.

Next, they started talking about why they got back together. McKayla reminded fans they split and she tried dating someone else. That never worked out, and so the Unexpected couple started just talking again as friends. Next, McKalya decided perhaps they could become more than just friends. So, Caelan agreed that might be possible.

Why Caelan and McKalya got back together after their split

Talking more led the couple back to being more than friends. And, as McKayla said, it happened naturally, and that’s it. That is the explanation. And, perhaps that’s the best sort of relationship. There’s no pressure when people remain friends. Perhaps it’s better than the frantic hot love the first time around. McKayla invited Caelan to say his “point of view.”

Caelan, for his part, said well, “McKayla does what McKayla does.” He added, she came back into this relationship, and hopefully, she stays this time.” Looking relaxed, the Unexpected dad said, “We’ll just see where it goes from there.” McKayla added, “after we talked, I tried to figure out if he really did change.” As McKayla points out they’ve “been on and off forever.” It looks like both of them wanted to see some changes in the other.

Eventually, the couple “started dating again, and McKayla said, “it’s really not all that exciting.” So it looks like for once, things went rather drama-free. But, for fans, it’s pleasant watching them out and about just enjoying the kids and day-to-day life. And, although they moved into their own place, the kids still see McKayla’s grandparents. In the video, she mentioned the little ones went across to them while she did some things around the house without them.

Hopefully, Grandpa Tim and Caelan sorted out their differences. Starcasm reported that in about April this year, the two became physical and the cops got called. What do you think about the way McKayla and Caelan got back together again? Do you think that being friends first maybe works better for them than the first time around? Sound off your thoughts in the comments below.