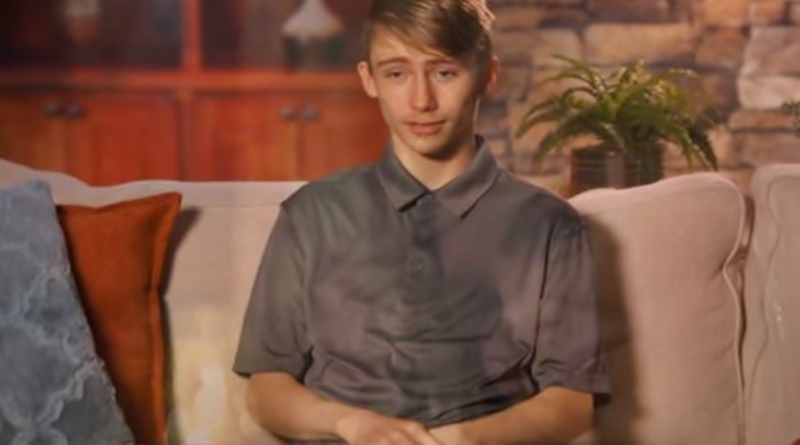 Unexpected aired the Tell-All on Sunday night. TV Shows Ace reported that news that Hailey 2 and Matthew are expecting a baby. We wrote, “During the announcement, Hailey said that she…disappointed a lot of people with this news. It sounds like her family wasn’t thrilled when they found out.” But Matthew’s not disappointed. He sounds thrilled. Plus, he noted they won’t appear on TLC’s Unexpected next season.

Taking to his Instagram, Matthew categorically stated, “NO we aren’t being on the next season…NO we didn’t plan this.” That might come in response to critics on Hailey 2’s Instagram who accused her of just doing anything for television. He also mentioned that he left the comments closed as he knows lots of hate will go their way.

In fact, the couple accumulated a lot of hate. That’s because Hailey 2, once Matthew’s original girls’ best friend, made off with him soon after Matthew became a baby daddy. Hailey 2 got her moniker as Matthew’s first girlfriend, and mom of their child also goes by the name of Hailey. Meanwhile, in a similar post, Hailey 2 left comments open, and predictably, Unexpected trolls rushed over there to make their feelings known about the pregnancy.

Matthew feels no remorse about Hailey 2 and the new baby

In his post, the young father of one and one-to-come wrote, “WE ARE 17 weeks PREGNANT 😊❤️ Hailey is pregnant with our beautiful little baby.” He added, “this is one of the most exciting moments of my life and I cannot wait for him/her to be here.” He also said, “we are happy, excited and could care less about any of yalls opinions.” According to the Unexpected baby daddy, Hailey brings him only “blessings,” in fact, his “biggest blessings.”

For someone who shows little interest in his first child by Hailey 1, Matthew seems rather more enthusiastic this time. He noted that this time around they intend being the best possible parents [they] can be.” It seems they really want this baby and “love and adore” the new addition. “I can’t wait to be a daddy to my baby,” he added. And, he “can’t wait to do it all” with Hailey 2. Mathew sees the baby situation as just him, Hailey2 and the baby “against the world.”

Meanwhile, over on Hailey 2’s Instagram, where they left comments open, critics told them off. However, probably due to overwhelming hatred, the comments later got locked again. So, some people took to Twitter to comment. One person noted, “Later in Life Matthew child support checks about to be 1.Hailee. 2.Hailey. 3.Haily. 4.Hailie. 5.Haley. 6.Haleigh. 7.Haylee. 8.Hayleigh.” Another Unexpected fan wrote, “Hailey #2 also, you’re a joke…don’t want a baby but having s*x unprotected,”

Hailey 2 everyone is being "mean" to you because they saw what he did to Hailey 1 while she was pregnant, and with you cheering him on while pretending to be her friend. There is no sympathy for your tears.🤷🏽‍♀️ #Unexpected

Another person on Twitter wrote, “If TLC has the audacity to put Hailey 2 on the next season I will personally go smack the sh*t out of them.” Well, it looks like that critic might be spared the effort, as Matthew just said they won’t be on the next season on the show. What do you think? Do you hope he speaks the truth about this? Or will we see them pop up again in the future? Sound off your thoughts in the comments below.

‘LPBW’ Matt Roloff Starts Major Plans For New Home With Caryn
Candace Cameron Bure Puts On A Leggy Display At The Poolside
Erika Jayne Just Got Dumped By Her Lawyers — Here’s Why
‘Too Hot To Handle’ & ‘Love Island’ Premieres Will Battle For Views
‘LPBW’ Jackson Roloff Has Huge Accomplishment, Can’t Wait Until He’s 11