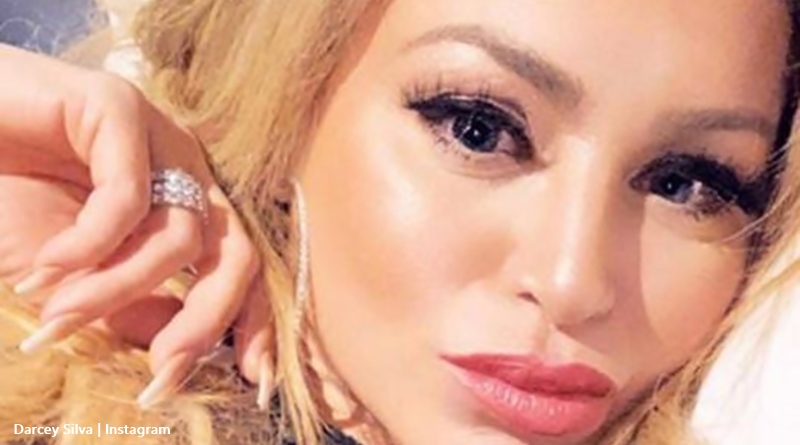 90 Day Fiance fans saw Darcey Silva in 2017 and again in 2019 in the TLC show. Now, she announces she’s “Moving on up…LA baby.” One uncomplimentary follower on her Instagram wondered what on earth she could do there as LA wants real entertainers, not reality TV has-beens. But, Darcey’s not new to the world of entertainment.

John Yates, blogger and guru, shared Darcey’s post about her move to LA. John maintains quite good relationships with most of the TLC stars, and Darcey’s one of them. He wrote on Instagram, “Darcey is heading to bigger and better on the West Coast – much luck to her and her new adventures!” Darcey replied, noting, “We love you! Thank you John! See you all in LA! Headed back home! We started our journey over there for over 8 years! The time is now. Keeping our eyes on the prize!”

Well, many trolls and haters dished it out on Darcey. But, notably, Darcey never, or seldom ever dishes hate on anyone else. So, we can give her the win for that. The 90 Day Fiance star seemed to clash with her sister Stacey in the last season. TV Shows Ace noted that they clashed in Bulgaria. But, in real life, perhaps they are closer than that though. On Darcey’s IG, Stacey said, “Yes!!! amen sister!!! Live, love and keep on being you the beautiful soul you are!!! You are true, kind and full of love. …You are always protected by the love of God 🙏🏻 truth always prevails… God bless you always and forever I love you my twin.”

What will Darcey do in LA?

Darcey didn’t let out what she plans in LA, and some trolls mocked her for even considering the entertainment world there. As one noted, “So she thinks she’s a big shot cause she was on 90 day fiance lmao what a joke. Sorry DESPERATE DARCY Hollywood is looking for woman in there 20s. Hahahahaha (sic).” Well, the laugh’s on that troll who obviously never did their homework. You see, Darcey’s already got an entertainment career behind her.

Thanks to Cheatsheet, who did some digging, we can reveal that Darcey’s acted in movies and been in the music industry. They noted, “the twins co-founded a production company, Eleventh Entertainment, together before appearing on the TLC series.” That came in 2010. The outlet sourced information from IMDB that showed, “Stacey and Darcey served as co-executive producers with their father, Mike Silva, on the 2013 rap comedy film White T, starring Jerod Mixon of Old School and Jamal Mixon of The Nutty Professor.” Plus, the 90 Day Fiance alums both played small roles in it.

Lock Your Number party song by Darcey and her sister

The song, Lock Your Number got released in 2018.  It’s available on Spotify and featured Darcey and her sister. As far as modern dance party music goes, it’s pretty much standard fare. But, it shows that the sisters have got a life outside of 90 Day Fiance. What do you think Darcey Silva will do in LA? Perhaps she’ll expand on her Eleventh Entertainment business. Sound off your thoughts in the comments below.