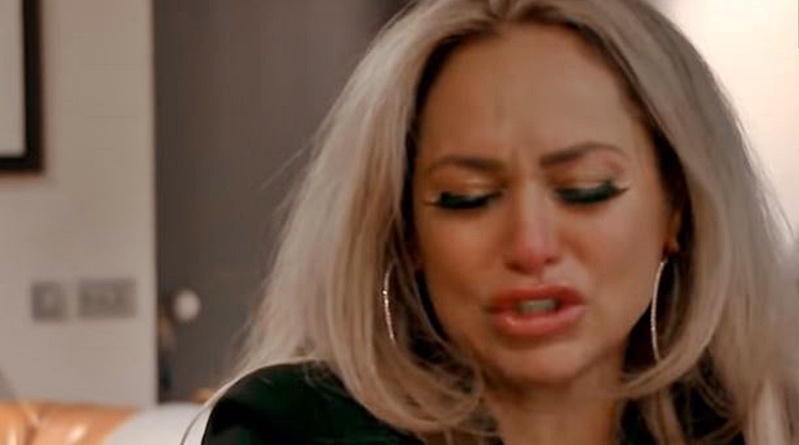 90 Day Fiance fans dreaded the return of Darcey Silva to the TLC show. She’s riding the hot mess express once again, and now she blames Stacey for it. Some fans on Twitter feel exhausted watching her unceasing neediness and constant crying. If they feel the pressure, they can’t imagine how Tom feels. One of the major factors involved the miscalculation of going to Albania to catch up with her sister. Trending for a while, to the astonishment of fans, she now blames Stacey for messing things up.

The previous time we saw Darcey, she got together with Jesse Meester. Now with Tom Brooks, Darcey still talks about Jesse Meester and he’s not happy. For starters, it’s unlikely new flame Tom’s delighted about that either. But, one thing in common they share is Darcey’s emotional instability and desperation to slap that ring on her finger. Almost every episode of the show, we see Darcey melt into tears. Now, the main drama centers around her disastrous idea to go to Albania, where twin sister Stacey’s quick to rub her nose in it.

Darcey gets told (several times) that Stacey managed to land a ring from her man inside two weeks. Actually, for once, fans felt a bit sorry for Darcey at that moment. After all, Darcey tried to make a nice sister moment of it by ordering drinks. But, that’s pretty much where the sympathy for the 90 Day Fiance star ends. After all, Tom was hot for a fantastic, romantic trip to the Island of Gran Canaria. But Darcey insisted they go to Albania. There, Tom got tired, annoyed, freaked out and quite aggressive as Stacey made them wait for hours before pitching up late. Darcey made an error. If she took the Gran Canaria trip she might already have that ring.

In a TLC interview, Darcy let rip into Stacey and yes, got very emotional again. When Stacey asks her what she’s going to do back in Nottingham, Darcey suggests, “some damage control.” Stacey thinks to wish them “all the best,” and Darcey, tension rising reacts. “Don’t mess it up? Is that what you’re trying to say? I could’ve gone to Grand Canary and had a romantic trip and I think Tom’s a little upset about that.” Well, in fairness to Stacey, she says that she never intended to “sabotage” their romance, telling her sister they are “free to go.”

90 Day Fiance drama rises, and Darcey says, “I really do feel like Stacey’s to blame. If we hadn’t come to Albania, he probably would’ve proposed. I would have a ring on my finger, but I guess not.” Well, Darcey seems not to understand that very often she messes up all by herself. As one fan noted on Twitter about her constant tears, “Why would Tom want this? I mean is Darcey ever just ok for one episode?” Another noted, “Tom has to be exhausted by Darcey because she is exhausting to watch from my living room.”

Darcey trends and fans grow scared about a spinoff

For once, Darcey trended on social media. Anxious fans who really grow more annoyed with the tears and neediness than Tom hate that, as it could involve a spinoff or a recasting. As one fan said, “Darcey” is literally trending…Imagine having so many people tweeting about what a sh*t show you are that you start trending.” Another noted a bit fearfully,” Y’all gonna make Darcey trend every weekend and she’s going to end up with a spinoff.”

Meanwhile, most 90 Day Fiance followers know the worst thing Darcey can possibly do is drink. She does not handle it well. One fan noted, “When you’re sitting in Albanian bars in your mid-40s, constantly crying and begging for attention. With a 2-inch cigarette ash, your drunken-*ss and your boobs hanging out…It might be time to hang it up.” And all credit to Moniquq Arielle for the hot mess express tweet!

A few drinks down and here comes Darcey riding in full speed on the hot mess express.. #90dayfiancebefore90days #90DayFiance pic.twitter.com/4pHRJxBi5m

What do you think about Darcey on the hot mess express? Do you think it’s Stacey’s fault everything went wrong in Albania? Sound off your thoughts in the comments below.

Remember to check back with TV Shows Ace often for more news about what’s trending on 90 Day Fiance.