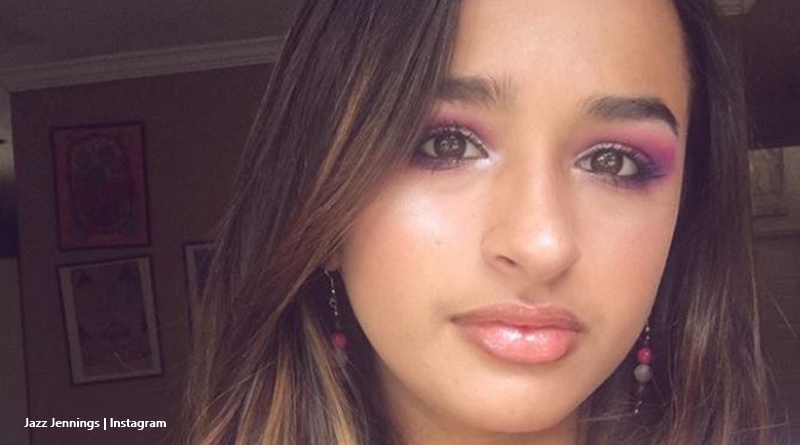 I Am Jazz returns to TLC again in January. When the last season ended, we heard that she and Ahmir Steward decided to remain friends rather than lovers. Actually, it seems they managed that as he still follows her on Instagram. But, it’s not clear we’ll see him in the new season of the show. In the meantime, what’s Jazz been up to?

The news that the show might return for season 6 got covered by TV Shows Ace back in March this year. We reported, “the show accumulated higher ratings than the previous season. In fact, it ended up ranked at number 11 on the Top 50 Original Cable Telecast chart on ShowBuzzDaily. Certainly, the viewers would welcome a new season of the show.” Well, it’s on the way, so fans can relax and look forward to more about the life of Jazz. And, at the time we already knew that if a season returned it would examine Jazz preparing for college.

E! News reported that Jazz graduated from Broward Virtual School in June of this year, where [the I Am Jazz star] was also valedictorian.” But, she decided to defer going to Harvard for a while. Maybe we’ll see this more about that in the new season of the show. Radar Online reported at the beginning of October that it revolved around “mental health issues.” They noted that a source told them, “Jazz has told friends that she has things anyone in her position would want: money, the perfect female body. But she’s just not happy. Somewhere down the line, she’s lost herself.”

Jazz went very quiet on YouTube. And, let’s face it, almost everything she could possibly post there could be a spoiler and a breach of her NDA with TLC. But on Facebook and Instagram, she shared a few of the things going on in her life. On her Instagram, she shared a cute throwback photo for Halloween and she looked so tiny in her little outfit. But she shares more serious stuff as well. The I Am Jazz star shared about communicating our feelings.

In that Instagram, Jazz wrote about the power of words, and how we forget to use them in the age of emojis. Her post said in part, “Words have such a huge impact and can forever change one’s life.” Although she wrote about her own family, it’s clear that Jazz still focuses on inclusivity and gender tolerance. Interestingly, that gender intolerance still roams around Derick Dillard’s social media. Even in September this year, fans still urged him to apologize to Jazz for his homophobic comments about I Am Jazz two years ago.

Oh get over it already. Any comments were directed @TLC and the parents. I love @JazzJennings__. We have got to protect children!

So, overall, since the last season ended, it looks like Jazz struggled with the pressure of Harvard and her mental health. But, she remains committed to transgender awareness and the family foundation. What do you think about the show coming back in January? Are you excited to continue following Jazz as she grows in adulthood? Sound off your thoughts in the comments below.

Remember to check back with TV Shows Ace often for more news about TLC’s I Am Jazz.