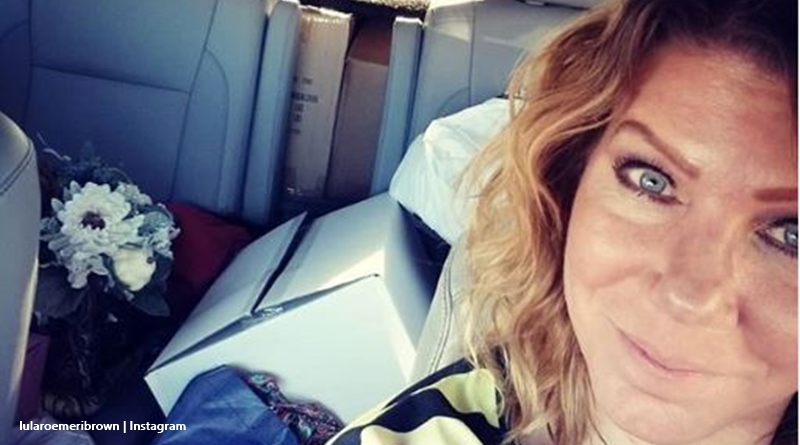 Sister Wives fans often wonder about Meri Brown and whether she’s actually still fully featured in the TLC family. She often seems to be going somewhere without the others, or going off with friends for vacations. Obviously, she also spends time at her BnB, Lizzie’s Heritage Inn. Plus, she often gets away with LuLaRoe. And, now, the lucky lady is on another cruise.

Fans, a bit envious, obviously think that Meri’s one lucky person to get out and about so much. When fans think about Meri on the Sister Wives show, they think “unhappy Meri” and the horrid catfishing incident. They think of Meri crying and encountering difficulties with the other wives. They think of Meri when Kody told the whole world he didn’t love her very much. In fact, if Meri really wanted, she could just sit and wallow in her misery. But, she chose not to.

Since the 2015 catfishing drama, Meri signed on with LuLaRoe. She’s been with it for three years now. Now, many people criticize the outfit, but it certainly seems to have given Meri new ambition and a new outlook on life. Before being too critical about Meri’s travels, fans should also recall that Meri and Kody only had one child – daughter Mariah. Mariah’s all grown up now, at college and engaged to Audrey Kriss. So, really there’s no need for Meri to sit around changing diapers. Plus, it’s hardly her fault that Robyn and Kody bred more kids.

Meri’s cruise could be with LuLaRoe

This week, Meri shared about going to Florida for a LuLaRoe event. In fact, she mentioned that she found a third cousin while there. The Sister Wives star shared about that on her IG and we noted, “Meri seems ecstatic to find a previously unknown cousin. In fact, to be exact, she notes the friend is her third cousin. She adds, “My great-great-grandparents Charles and Sarah, the original owners of the home that is now @LizziesHeritageInn are her great-great-grandparents too!”

Just the next day, Meri shared about her latest cruise. She wrote, “Oh you know me, I just gotta keep those oh so appropriate T’s! What a fun and super chill cruise day this has been!!” The pic showed her wearing a funny tee that said, “Resting Witch Face.”

Of course, fans commented about her on another cruise. Many of them are quite envious of the Sister Wives star getting away so much. As she was just with LuLaRoe, it’s quite possible this cruise is part of that. Or, if she can afford it and she’s in the right place, why not take a few days and enjoy it? Meri said that she’s “still out on the open seas!”