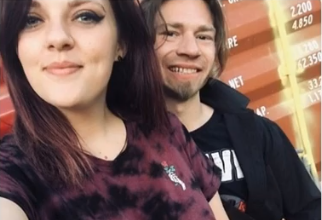 Bear Brown and Raiven Adams have decided to rekindle their love amid their pregnancy. On Monday, Brown announced that he and Adams were giving it another shot, shortly after they broke off their two-week engagement.

Bear Brown And Raiven Adams Still Have Feelings For Each Other, Even Through The Ups And Downs 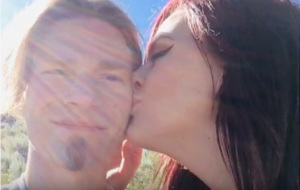 In early September, the couple had announced that they were calling it quits. It was a difficult decision for them to make but they agreed they were better as friends at the time. Bear said Raiven is a wonderful person and he will always care for her, so he wished her the best in life.

At the time of the breakup, Raiven Adams revealed that “drama” and “harassment” played a part in their breakup. She posted on her private Instagram speaking that the reality TV life isn’t for her, it’s just too much.

“And due to that, and several other reasons me and Bear have decided to stay friends,” she went on. “Sometimes two people are meant to be in each other’s life… but not the way they thought. Wishing the wolf pack all of the best luck on every adventure.”

Adams Announced Her Pregnancy Just Days After The Breakup

Just a few days later, she revealed she was pregnant. She posted a picture of a onesie with “newest member of the pack” on it next to a positive pregnancy test.

In the caption, Raiven Adams excitedly announced that they decided to be co-parents because that was best for them and the baby. She noted they had a quick engagement because they felt that was the best thing to do at the time. They later decided friendship was the true answer.

According to PopCulture, Brown said he and Raiven were expecting their baby in the spring and are dedicated to raising a healthy and happy child, as friends. He boasted that Raiven will be an amazing mother, he will try to be the best dad he can. His family is everything to him, and they appreciated the support they’ve received as they figure out their new normal.