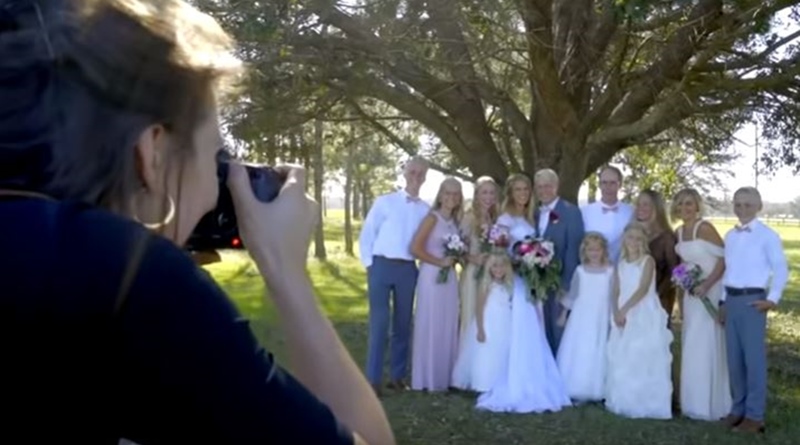 Welcome to Plathville is coming to TLC tonight and the viewers can’t wait to get to know the Plath family. Starcasm shared out that it turns out that this family lost a son at the age of just 17-months-old. This happened back in 2008.

About the Plath family

Barry and Kim Plath have nine children ranging in ages from six to twenty-one. This family is an interesting one. They don’t do normal things or even watch television. In the preview, the kids have no idea who Tom Brady or Justin Bieber are because of the life they live.

It turns out that their other child died in a tragic accident. This could be talked about on the show or ignored. When it happened, the news did come out online, though.

The child died because Kim Plath accidentally ran over him. They were planting trees when this happened. Her husband Barry didn’t judge her for it and Kim even says she would have judged him if it had been him that had run over the child.

Kim says that she saw that he was away from the vehicle but then ended up running over him. The little boy Joshua died before Barry even got home that day. This was a really hard time for the family. Here is part of what she explained at the time.

“A couple of months after the rest of the world resumed a normal life, Barry read John 6:16-21. The disciples were in the boat, and in the next verse “they were on the other side.” God showed Barry that He would get me to the other side. I would be healed. Barry didn’t tell me. He just kept silently, gently loving me. Mother’s day weekend, God healed me. I can’t explain it other than He re-wrote the bad coding in my brain. He took the ruts in my brain that had been running that same movie in my mind and filled them with His Spirit. The movie stopped. I wanted to live again. I was with my family again. I could hear Joshua’s name and I could talk about him again. My sweet husband, through his patience, love, and faith, got his wife back. My respect for this man soars when I think of how strong he was when I needed him most.”

Don’t miss new episodes of Welcome to Plathville when they air on Tuesday nights on TLC. So far, the show has only been picked up for a few episodes. You know if the ratings are coming in that the show will come back for more.

Check Out Trailer For Unique Netflix True-Crime Docu ‘Heist’
‘LPBW’ Lilah Bean Pics Reveal Tori Roloff Packing In Girl-Time
Khloe Kardashian Reveals Truth About Relationship With Tristan Thompson: Are They Together?
‘Renovation Island’ Resort: How Much Does It Cost To Stay?
Could Jeremy & Jinger Vuolo Be Moving Back To Laredo, Texas?