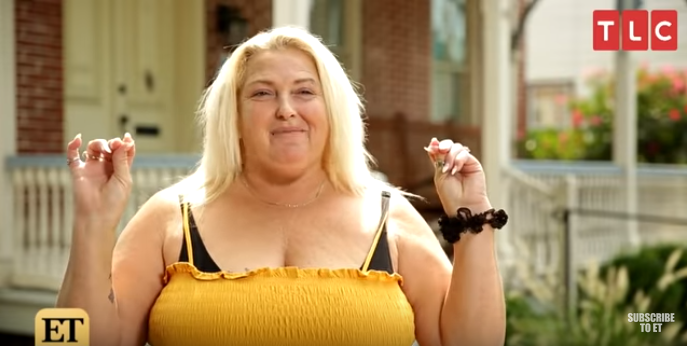 90 Day Fiance fans are fed up with Angela Deem and her wild behavior. Even though the TLC series premiered on Sunday, Nov. 3, some fans are already boycotting the show. But is it enough to affect the ratings? The 90 Day Fiance franchise has become increasingly popular on the TLC network and has spawned six spin-offs, such as What Now?, The Other Way, Before the 90 Days, Happily Ever After, Pillow Talk, and the Family Chantel.

The reason behind the boycott is because of the 90 Day Fiance: Before the 90 Days “Tell-All” which featured Angela in a heated argument with Avery Mill. TLC allegedly kept Angela and her Nigerian boyfriend Michael’s return a secret out of fear that fans wouldn’t watch the new season. The 90 Day Franchise has attracted over 2 million viewers each week. And it looks like it won’t slow down anytime soon.

Angela Deem has been making headlines for her outbursts on the Before the 90 Days “Tell-All.” Avery Mill revealed on Twitter and Instagram that a clip of Angela assaulted her mom got cut. She was not happy to see that the footage was left on the cutting room floor. 90 Day Fiance fans rushed to Avery’s side and have pledged to boycott Season 7 of the original 90 Day Fiance series.

90 Day Fiance Season 7 has already premiered on TLC on Sunday night. But TLC forgot to tell fans that Angela Deem was returning to the hit series. As previously reported by E! Online, TLC shared a new teaser on Instagram with the caption, “Time is running out and the pressure is on! These new couples only have 90 days to get married or pack their bags. Tune into the season premiere of #90DayFiance Sunday at 8/7c.”

Of course, the caption forgot to mention Angela Deem’s return. However, in the clip, fans noticed Angela getting Botox injections. That means 90 Day Fiance fans can look forward to more of Angela’s crazy outbursts. Fans have doubts that Michael and Angela get married, even though that’s what the teaser showed. But most fans of 90 Day Fiance aren’t happy about Angela Deem’s return and have vented their feelings on social media.

On Twitter is where 90 Day Fiance fans are outspoken about the show. Some of them exclaimed that they will fast-forward through any scenes that feature Angela and Michael. Others remarked that they will boycott 90 Day Fiance Season 7 altogether. Fans claimed they’re done with Angela Deem and her abusive behavior because they don’t find it entertaining.

Petitions surface to have Angela Deem removed from the show

As TV Shows Ace previously reported, there was a petition to remove Angela and Michael from the show. Viewers are tired of seeing the way that Angela treats Michael. Her in-your-face attitude doesn’t sit well with everyone. But it was the “Tell-All” episode that had fans scrambling to make their own online petition.

A group of fans created a petition for TLC to remove Angela. The petition that started a few months ago has only received two signatures. Since then, there is a new petition on Change.org that is currently signed by over 350 viewers. The petition claims that Angela Deem is emotionally, mentally, and physically abusive to her fiancé Michael and even includes details about Avery’s alleged assault.

TLC doesn’t care about getting rid of Angela Deem anytime soon. The network knows that her volatile behavior is good for ratings. Even though WWE Raw defeated 90 Day Fiance: Before the 90 Days on Sunday night, the “Tell All” episode attracted over 2.8 million viewers. The Season 7 premiere of 90 Day Fiance will likely have similar numbers. But it’s hard to tell since Sunday Night Football is dominating the primetime slot, as previously reported by TV By the Numbers.

And don’t forget to check back TV Shows Ace for even more news on 90 Day Fiance.