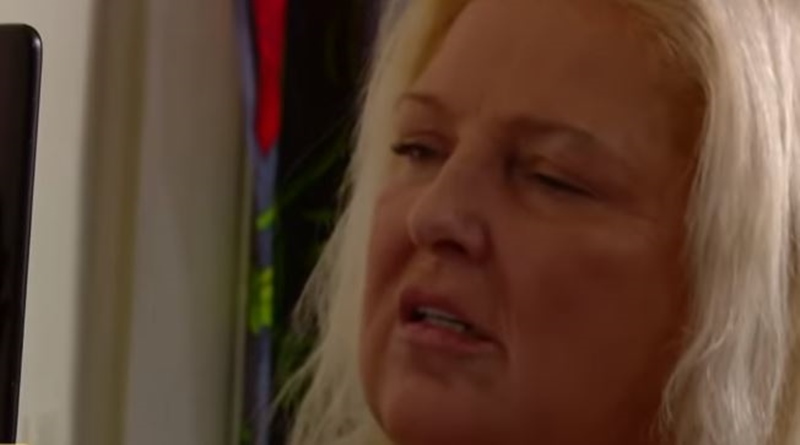 90 Day Fiance Season 7 arrives on Sunday. The preview at Halloween revealed Angela Deem and Michael will return. It came just days after the ugly confrontational scene during the Before The 90 Days Tell-All. Many people reacted to the news with anger and even disgust. Now, fans ask if there’s a petition to remove her from the show.

Some fans, especially over on Reddit love commenting about Angela’s sometimes shocking behavior. It gives them something to make memes about and pull apart. But many others simply express their disgust. They don’t like the way Angela treats Michael. The cake-in your face incident’s just one recent act that comes to mind. But, the Tell-All capped it off for some fans who now hunt for a petition to get her removed.

The Tell-All of 90 Day Fiance: Before the 90 Days got quite heavily edited, according to Rebecca Parrot. She told fans on her Instagram about it. Later, Avery Mills popped up and claimed Angela physically hit her mom. Plus, she and her daughter threatened her. TV Shows Ace reported about the scene as well. We wrote, “Avery also said…the TLC crew did nothing ‘until she and her daughter tried to jump my mom.’ It all came after TLC allegedly told Tim and Avery to get in Jesse Meester’s face about his motivation for appearing on the Tell-All. A really ugly scene came when Angela Deem got very aggressive with everyone.”

On social media, a number of fans asked where they could go to sign a petition to get TLC to dump Angela. And, it turns out there are at least two. One got started a few months back. Meanwhile, the other got created just after the Tell-All. The newest one at Change.Org details the assault. In part, it says, “Angela Deem is on 90 Day Fiancé the Other Way. During a Tell All she verbally and physically attacked cast member Avery and her mother Terri Mills. She physically, mentally, emotionally and physically abuses her fiancé Michael, a Nigerian whom she met on Facebook.”

So far less than 150 people signed the petition. One person said they signed because “Violence is NOT ok. A woman is no more entitled to assault or batter someone than a man. TV shows should not promote violence for ratings.” Another 90 Day Fiance fan said, “She is absolutely disgusting. I will not be watching this show anymore if the direction that TLC is going for this show is Jerry Springer type show. Her portrayal of American woman is shameful. And not to even mention that she cant even be civil to other females. Reality TV needs to stop giving her the time of day.”

The older petition on the same site has 1,000 signatories

The older petition started a few months back, during the recently ended season of 90 Day Fiance: Before The 90 Days. Recent signatories signed up since the Tell-All, and the petition reached just over 1,000 signatories. Of course, many more than that would be required to make any impact on TLC at all.  Plus, it’s not likely to even rattle Angela for one second. On a post shared by @187anonymousgossip on Instagram about a 2018 arrest, one fan noted that she “makes for good television.”

What do you think about the petitions started to prevent Anglea Deem from returning to TLC’s 90 Day Fiance franchise? Do you think they will make any difference to TLC? Sound off your thoughts in the comments below.