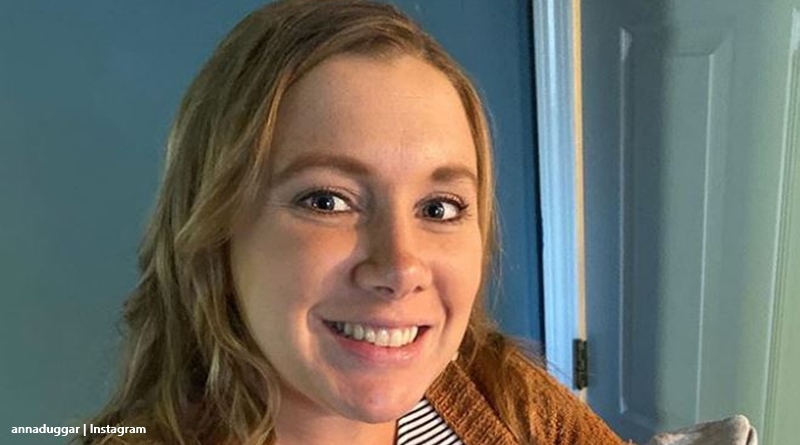 Counting On fans know that Anna Duggar’s expecting a baby. Due sometime in November, she confused some followers. They thought she already had a baby when she shared a picture on Instagram. Mind you, this season it’s easy for fans to grow confused, as so many Duggars are expecting or recently had a baby.

Counting On fans saw a post by Anna, assumed she had given birth to her baby

Fans who devote lots of time to the Duggar family know as much as it’s possible to know. But, other fans who just casually watch the show, or drop in on Instagram sometimes grow confused. And, Anna Duggar really confused them this week. Anna took to IG and shared a photo of her with a cute baby. Some Counting On followers straight away asked her when she had her baby. But, perhaps they didn’t know who Dax is. The photo she shared showed a little boy only a few weeks old.

Those fans who keep close tabs know that Dax (Daxton Ryan King) is the son of the Duggar’s cousin, Amy Duggar King. Amy married Dillon King. TV Shows Ace reported on October 9 that their baby arrived. We wrote, “Early on Wednesday, the couple posted on Instagram to let Duggar fans know that they were at the hospital. In the post, they revealed that Amy would be having a C-section. Amy explained, “With my small frame and the fact that the Dr. Said there’s an 85% chance I’d have an emergency situation.” And, now the baby’s fine and very cute.

On Instagram, the photo that Anna shared really looked nice on the eye. She showed a photo of the baby and captioned it. The post said, “Enjoyed getting to meet little Dax tonight! What a precious little guy!” The fact that Amy King them replied, indicates many Counting On fans look at the pictures and don’t read the captions at all. Amy said, “Loved seeing y’all tonight!! Love that hair color too!💕” Next, Anna said, “Love you a ton! You’re such an amazing Momma and your little family is darling 🧡.”

Almost immediately, fans of the show asked Anna when she had her baby. One said, “congrats.” Another Counting On fan asked, “Did she give birth already?” One fan realized it was not Anna’s baby and said, “My first thought was you had your new one 😊💐.” Similarly, one fan said, “Kind of thought you had your baby for a second 😂😂.” And, they’re not alone. Yet another fan who almost got confused noted, “I thought you had your sweet bundle of joy! I was so excited for a second!!💗💗. ”

Enjoyed getting to meet little Dax tonight! What a precious little guy!

What did you think of the post by Anna Duggar that got fans so confused? Did you know Dax was the son of Amy King? After all, Screenrant and other media made much about the choice of the name for Dax. Sound off your thoughts in the comments below.

‘The Bold And The Beautiful’ Spoilers: Do Bill and Liam Get Caught?
’90 Day Fiance’ Star Paola Gets Her Citizenship
The Duggar Family Might Be Hiding Another Engagement Or Two
‘The Young And The Restless’ Spoilers: Victor Confronts Chelsea
‘Days of Our Lives’ Spoilers: Xander And Chanel Have A HUGE Surprise