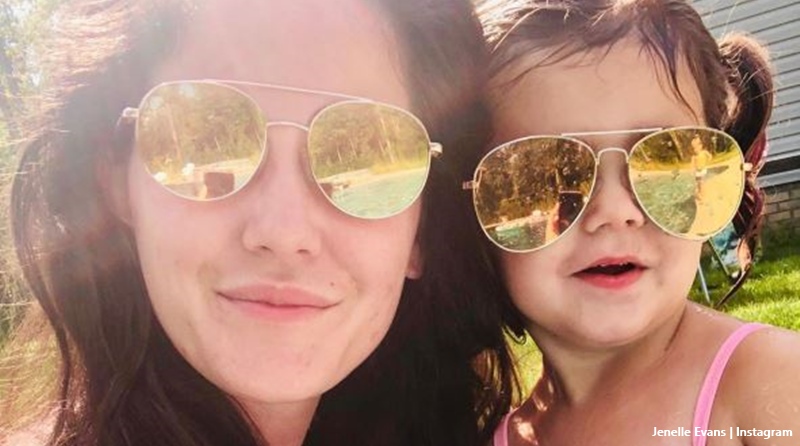 Teen Mom 2 fans heard that Jenelle split from David Eason. It came during and after her recent trip to NYC where she allegedly talked to MTV execs. Now, Kaily Lowry opened up about her thoughts on Jenelle and the latest relationship saga. Meanwhile, on his Instagram, David shared a very disgusting and degrading meme about a woman who leaves a man.

TV Shows Ace reported about Jenelle Evans’ trip to NYC. We wrote, “according to The Ashley’s Reality RoundUp, ‘the former Teen Mom 2 star touched down in the Big Apple on Friday, after leaving North Carolina (and her husband David Eason) early that morning.’” It later emerged that while there, she also started the divorce proceedings. Many fans disbelieved it, but it looks like this time, she might have actually left him.

David Eason never said much but reactivated a few of his old Instagram accounts to post a thoroughly degrading meme about a woman who leaves a man and tells the world about it. Some fans wonder on social media if Jenelle talked to MTV about getting her job with Teen Mom 2 back if she split from David Eason. The rumors are that she’s pretty broke right now and could use the work. Bear in mind that when David killed Nugget the dog, MTV said they reached out to her, but she never took the helping hand.

Kailyn Lowry reacts to the news that Jenelle split from David

Kailyn and Jenelle were not close friends. And, once we saw Jenelle burn a gift that Kailyn sent her from her Pothead Hair products. But it looks like Kailyn’s happy to reach out with a supportive message rather than a put-down. InTouch Weekly reported that she said she “wishes her all the best” in the future. That might not sound like much, but Kailyn never showed any time for David Eason, once commenting that the cast would not film for Teen Mom 2 with him.

Jenelle Evans said on social media on October 31, that she decided she needs to do “what’s best for the kids.” Plus, she mentioned that she would like to “be happy.” If we look at Jenelle’s life, few happy moments seem to have happened for her. But she’s not a teen anymore. Really, some fans think she should start kicking back and acting her age a bit. Jenelle said of the split, that she “filed papers to start that process.” Really, it could have come a lot sooner, some fans think.

Fan react favorably to the news that Jenelle left David

On Twitter, many fans “fervently” hoped that split is for real. Others commended her for finally getting something right. One follower shared, “this is probably the most mature, thought out, well spoken SM post you’ve ever made. If in fact this is true, and you’ve: 1) are being accountable for your behavior over the last 10 years 2) are in fact leaving Dave and 3) focusing on your kids & changing yourself…GOOD JOB.”

What do you think about Jenelle Evans’ split from David Eason? Do you think it was nice of Kailyn Lowry to wish her well? Is it for real this time? Sound off your thoughts in the comments below.

Remember to check back with Tv Shows Ace often for more news about Teen Mom 2.