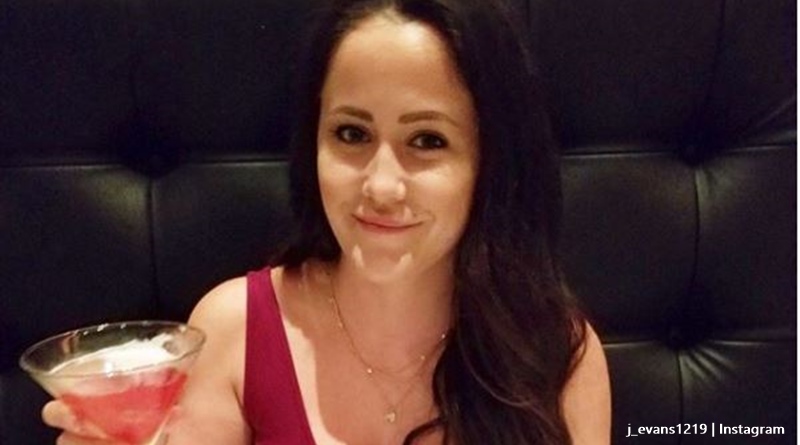 Teen Mom 2 fans still hate on Jenelle Evans. They rub it in that she lost her job with MTV. But, they may crow a little too soon according to some leaked info about her flying to New York City.

Back in May this year, TV Shows Ace reported, “Jenelle lost her role on MTV’s Teen Mom 2. This firing was not in relation to David killing [Nugget] the dog, but…announced around the same time. MTV had been planning to drop Jenelle prior to the incident. She was quickly replaced by Jade Cline from Teen Mom: Young and Pregnant.”

But, a return to MTV now sounds very possible.

Teen Mom 2 Reunion filmed this weekend, Jenelle was not part of it

The Teen Mom reunion is being filmed, but Jenelle never went there. Those who did, like Kailyn Lowry said on Twitter, it’s bad for mental health, anyway. But, according to The Ashley’s Reality RoundUp, “the former Teen Mom 2 star touched down in the Big Apple on Friday, after leaving North Carolina (and her husband David Eason) early that morning. Coincidentally, the cast of Teen Mom 2 (as well as cast members from Young & Pregnant and Teen Mom OG‘s Catelynn Lowell and Tyler Baltierra) just happen to be in New York filming the Teen Mom 2 Reunion.”

Meanwhile, Jenelle shared she had a “drama-free weekend,” and Twitter haters posted their comments. One said, “She tryna get attention cuz the girls are in New York filming the reunion. she wants attention so bad. It’s killing her.”

Well, that seems way off and might blow back in the face of the critic. The Ashley’s Reality RoundUp noted that they have a source who told them the order for Jenelle to get herself to New York came from a high-up person in MTV.

She tryna get attention cuz the girls are in New York filming the reunion. 🤣🤣🤣🤣 she wants attention so bad. It’s killing her

MTV reportedly wants to find a place for Jenelle Evans

Other sources told media outlet that “in some form or fashion,” execs would like to see Jenelle back on the show.

They noted, “Whether that means as a cast member, as a guest star, or other way is unknown, as nothing has been decided or proposed.”

Of interest, is the fact that when Jenelle flew to New York, she apparently took her lawyer along with her. Also, Barbs never accompanied her. She stayed in NC looking after Kaiser and Jace.

If she returns, not everyone hates Jenelle. She still gets followed by people who like her. One person said to the Teen Mom 2 alum on Twitter, “Come back to Teen Mom, the ratings need you.”

Another noted that Jenelle got heat for a post about David teaching her daughter Ensley to hunt. The fan wrote, “I’m so happy David takes Ensley hunting. I saw people going nuts about it and I can’t stand these stuck up city people anymore! Keep teaching your kids the right way and the country way of life!”

What do you think about the possibility that Jenelle Evans might return to MTV? Sound off your thoughts in the comments below.

How Is Josie Bates & Kelton Balka’s Baby Hazel Doing In The NICU?
Wait, Are The ‘Twilight’ Movies Really Headed For Netflix?!
Khloe Kardashian & Tristan Thompson Split: Are They Over For Good?
OMG! Is Kendra Caldwell’s Parents’ New Baby Okay In This Photo?
Isabel Rock Tells Fans To Stop Body Checking Themselves