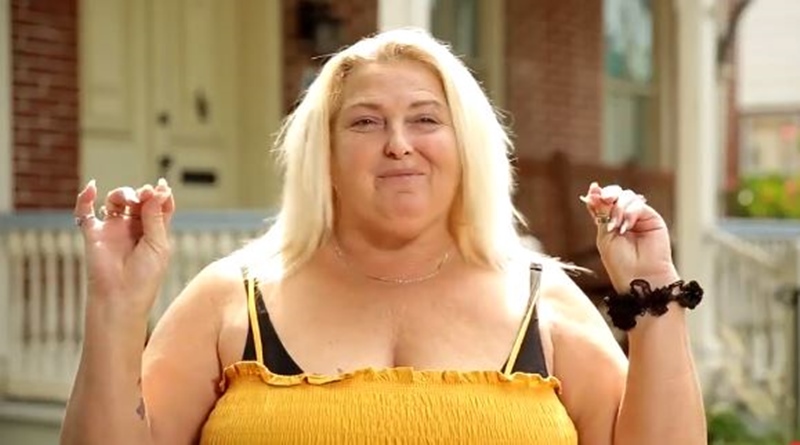 90 Day Fiance Season 7 comes along on Sunday. And, like a never-ending copy-cat of Nicole and Azan, we see Angela Deem and Michael again. Fans complain that Azan and Nicole are more like ’90 Year Fiance’ than 90 Days. Always coming back, and seldom getting anywhere, they heard with some relief that Nicole’s not returning. But, the shocking news that Angela Deem returns came in the latest teaser for the new show.

The fact is that Angela Deem and Michael’s return really seemed unlikely. Especially after all the hoo-hah about the Before the 90 Days Tell-All. Obviously the return to the new season’s one of the best-kept secrets of TLC in the history of the show.  Many fans probably hate the idea of seeing her again. TV Shows Ace reported that during the Tell-All, Rebecca Parrot and Avery Mills confirmed she actually physically struck Avery’s mom.

Our report noted, “Avery also said that 90 Day Fiance Angela’s daughter threatened her and the TLC crew did nothing “until she and her daughter tried to jump my mom. But I stopped that trust me no ones hitting my mom.” It all came after TLC allegedly told Tim and Avery to get in Jesse Meester’s face about his motivation for appearing on the Tell-All. A really ugly scene came when Angela Deem got very aggressive with everyone and supposedly got sent away by the TLC crew.

Maybe Angela took all those uncomplimentary comments on social media about her looks to heart. In the new teaser for season 7, we see her getting botox. This may explain if the attack on Avery’s mom really happened, why TLC cut it out of the Tell-All. As Starcasm noted, “if Angela really did assault Avery’s mom, I think a vast majority of the viewers would have condemned her — not something the network would want just days before announcing Angela is going to be on 90 Day Fiance.”

In the 90 Day Fiance: Before The 90 Days Tell All, Benjamin described Angela as a “wrecking ball.” And, many people think she’s just that, but a foul-mouthed one. Maybe fans will tolerate another season of Michael and Angela. But hopefully, the show won’t dream up another reason why they can’t get him married in the USA. One more season and the potential of more could lose them even more popularity. But, for now, it looks like fans who hate on Angela just need to suck it up. Hopefully, if they marry, they will disappear into obscurity, some fans wish.

Time is running out and the pressure is on! These new couples have only 90 day to get married or pack their bags. Tune in to the season premiere of #90DayFiance Sunday at 8/7c. pic.twitter.com/Dcvtg1u73u

Bringing back Angela – is it getting like Nicole and Azan with their ’90 Year Fiance?’

What do you think about TLC bringing Angela Deem and Michael back to season 7 of the show? Are you happy or angry about it after the bad behavior we saw in the Tell-All? Do you think enough’s enough and Angela’s story is becoming a bit like the ’90 Year Fiance’ scenario with Nicole and Azan? Sound off your thoughts in the comments below.