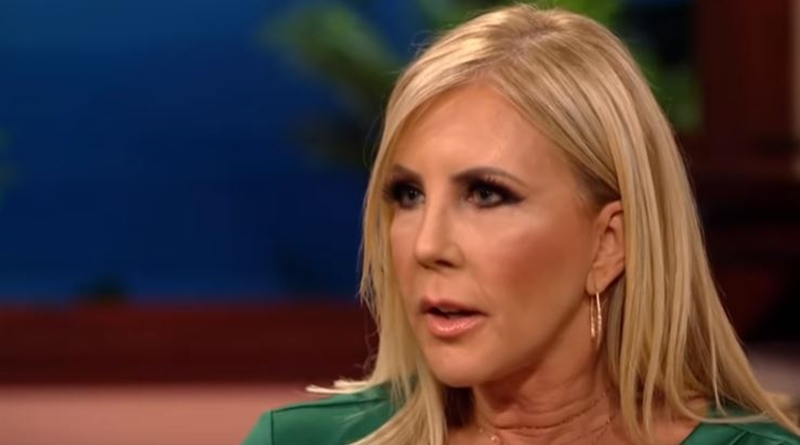 RHOC host Andy Cohen went onto Twitter to ask fans to send in their questions for the upcoming Reunion. Naturally, loads of questions got sent in, as well as some criticism about the cast.  Notably, many fans want answers from Vicki Gunvalson because she starts or repeats rumors about the rest of the cast.

TV Shows Ace reported ahead of the season that “many fans of the Real Housewives of Orange County heard that Vicki was demoted to a friend of the show. Vicki seemingly took it well and posted that she’s “proud to be the OG of the OC.” But, the reality for her fans only really hit on the premiere night. Now, they’re outraged about the whole thing all over again.” But it looks like many fans also got outraged as once again they saw a bit too much of her starting and repeating rumors.

RHOC fans sent in many questions. Naturally, everyone’s got one beef or another with each cast member. But overall, it seems people are fed up with the Tres Amigas. Lots of questions arrived for Kelly Dodd and newcomer Braunwyn Windham-Burke. Actually, she came in potentially to replace Vicki Gunvason. Maybe fans who ask hard questions about her think it’s her fault Vicki’s an OG now. But, Cheatsheet noted in July that Vicki got notice of being an OG before Braunwyn got hired.

A surprising number of fans responded to Andy Cohen with hard-hitting questions for Vicki. One fan commented, “Vicki always says “That’s what I heard” as an excuse for spreading rumors. First, what kind of people is she hanging around and why does she think it is OK to spread? She thinks it’s cute, but it just makes her a horrible gossip. Melissa Crystal Lake Il.” A fan who agreed this gossip can damage people noted, “How can any of the ladies even compare Vicki saying Kelly does drugs to Kelly sending Vicki a pig emoji. One can seriously damage a person’s life and the other is just petty.”

Another fan asked a very similar question about the RHOC OG. They wrote, “Why does Vicky always say “this is what I heard” when saying rumors? she knows it’s her starting that rumor. she didn’t like it when Laurie said in Aspen that she heard she was in bed with a man and another women she went ballistic yelling on that slope (sic).” And, yet again, “Vicki- do you constantly repeat “rumors” just to start trouble or is there an actual purpose behind repeating them again and again?”

My team is gearing up for the REAL HOUSEWIVES OF ORANGE COUNTY REUNION! Post all of your Qs for the ladies below & let me know where you're from in the question!

What do you think about fans telling Andy Cohen they want answers about Vicki repeating and starting cast rumors at the Reunion? Do you think she’s the only one to blame? After all, Tamra also repeated rumors this season. Sound off your thoughts in the comments below.

‘My 600 Lb Life’ Milla Clark: Where Is She Now And How Is She Doing?
Karen Derrico Meets Donor Family That Saved Her Daughter’s Life
‘LPBW’ Isabel Roloff Slams Haters, Says They Can’t Bring Her Down
‘Loki’ Reveals MASSIVE Flaw In ‘Avengers: Endgame’
Kendra Caldwell’s Family Hides Newborn Baby, But Why?