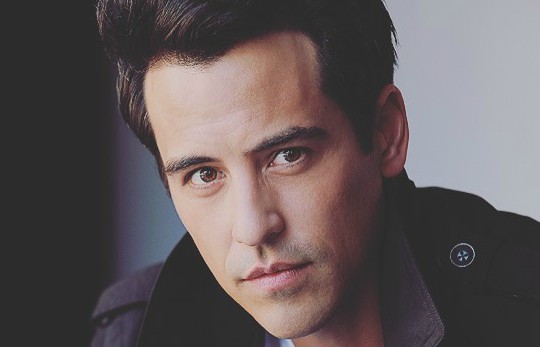 It’s been three years since Tyler Christopher left the role of Nikolas Cassadine on General Hospital. Another actor, Nick Stabile, briefly took over the role in time for Nikolas to fall out a window to his presumed death.

Tyler eventually moved on to Days of Our Lives. He played Stefan DiMeria for less than two years before abruptly leaving the soap. Brandon Barash took over as Stefan when Tyler chose to make his leave of absence permanent. At the time, fans went wild with rumors that Tyler was headed back to General Hospital.

Any soap fan knows that the dead never stay dead on daytime dramas. The actor returns or the role is recast. Any time a soap randomly starts name-dropping a missing or dead character, the character is likely returning.

That’s exactly what has been happening on General Hospital. Jax (Ingo Rademacher) and Hayden (Rebecca Budig) have been mentioning Nikolas or his son Spencer for months now. However, the soap’s honchos have remained mum. Somehow they managed to keep the return of Nikolas completely under wraps, which isn’t easy in the age of the internet.

General Hospital teased the shocking reveal on the Halloween-themed episode. They posted an image of a man wearing a white mask. “Who’s behind the mask?,” they teased.

Halloween continues in Port Charles and inquiring minds want to know… who is behind the mask? 🎃
Find out on today's scary, new #GH – STARTING NOW on ABC! pic.twitter.com/hVrH9jH8nj

Viewers didn’t get a glimpse of his face, but Ava (Maura West) did. She gasped and identified the masked man as Nikolas.

The casting news still hasn’t been announced. However, savvy fans and Soap Hub were able to figure out the name of the actor now portraying Nikolas Cassadine. His name is Marcus Coloma. He has had roles on shows such as One Tree Hill, Make it or Break it and Major Crimes. This is his first soap opera role.

Is Jax Working with His Rival on General Hospital?

As longtime GH viewers know, Jax and Nikolas were in love with the same woman – Courtney. Nikolas and Courtney had a child together, the aforementioned Spencer. Nikolas also has a history with Hayden, Jax’s cohort in the plan to take down Valentin (James Patrick Stuart.)

Fans can’t imagine Jax and Nikolas putting their differences aside and working together. However, spoilers indicate that’s exactly what’s happening.

Tyler invited speculation that he was returning to the soap recently by posting a throwback picture of his first day on the show back in 1996. However, this casting news means he was simply reminiscing about his younger self.

Wo! Who’s that dude? https://t.co/ltvXhwjbCy

Will GH fans accept this new recast, after clamoring for Tyler’s return to the role? Hit us up in the comments with your reaction to the new Nikolas.

Scheana Shay Teases Due Date, Ponders Early Birth
Andy Herren Doesn’t Hold Back On His Opinion Of Colton Underwood
Is ‘Sister Wives’ Christine Brown Still With Kody? Here’s What We Know
‘Storage Wars’ Brandi Passante 2021 Net Worth Revealed!!!
TLC Renews A Few Shows: Is ‘Counting On’ One Of Them?