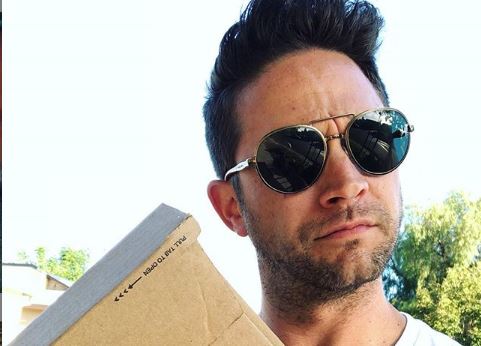 The soap opera community was surprised in 2017 with the announcement that esteemed daytime actor Tyler Christopher had been cast in a role on Days of Our Lives. He had accumulated many fans in his long tenure as Nikolas Cassadine on General Hospital. Days and GH are two very different soap operas. I thought it would be interesting to see how he fits in with the more… campy, shall we say?… storylines on Days.

The big change in the role of Stefan

Full disclosure — I hadn’t watched Days in several years and only came back in January of 2019 when Jack returned to the show. (I’m a die-hard Jack and Jennifer fan.) So, I only caught the tail end of Tyler’s stint on Days, but it was as impressive as it was when he was on GH. (I watched him on GH for several years.)

Fans of Days know that Stefan’s love interest (Abby, last played by Kate Mansi) rode off into the sunset with Chad (Billy Flynn.) That means the character needs a new love interest. For some reason, the show decided to test him with Chloe (Nadia Bjorlin.) Odd choice because Nadia (and Chloe) will be leaving the show soon. His chemistry with Chloe is off the charts. Actually, Tyler has insane chemistry with all of his female co-stars.

Back when Jack first came back to Salem, Tyler’s Stefan had a random scene with Kayla (Mary Beth Evans) that was unintentionally smoking hot. When Tyler was on GH, his character had a long romance with Katherine Bell, as played by Mary Beth Evans. It just shows that you can’t manufacture chemistry. Actors either have it or they don’t.

Soap fans were equally surprised in September of 2018 when it was announced that Tyler Christopher would be taking a short break from Days. At that point, he hadn’t even been airing on-screen for a year. The break was for undisclosed personal reasons. Brandon Barash was cast as a temporary replacement. A month later, it was revealed that Tyler decided not to come back to Days and that Brandon would continue in the role.

Brandon Barash got his daytime start in the role of Johnny Zacchara on General Hospital. He left the show in 2013 but made occasional appearances when needed for the story. I was watching at the time he premiered on GH and he was very good in his role. So, Days definitely chose someone who can act, but Brandon Barash has some big shoes to fill. Rumors are Tyler could end up back in Port Charles.

Did Brandon Fill Them?

Days tapes episodes about six months in advance. That means that while the cast shake-up was announced in October, Brandon didn’t make his debut until March 22. HIs first scenes were mostly with Chloe and they were a bit awkward. It’s not entirely his fault — Stefan asked Chloe to sing to him and she randomly broke out in an opera song in his living room. That kind of stuff gives me second-hand embarrassment.

Later in the episode, Stefan spied Chloe kissing Brady (Eric Martsolf.) Frankly, Brandon had more chemistry with Brady than he did with Chloe. His acting choices are a bit more subdued than Tyler’s, but it worked in those scenes. It will be interesting to see how it goes.

Spoilers say Gabi (Camila Banus) is another potential love interest for Stefan. They lock lips sometime this week. Hopefully, they have more chemistry together.

Tune in to NBC weekdays to see Brandon’s performance on Days of Our Lives.