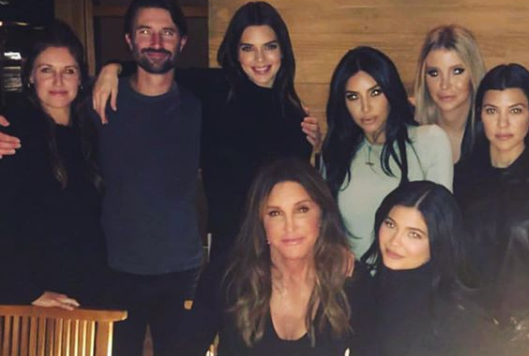 On Tuesday, October 29th, Caitlyn Jenner celebrated her 70th birthday with her family members, all except Khloe Kardashian.

Khloe Kardashian defends her mother when bashed by Caitlyn

Kim Kardashian’s Instagram story included a glimpse of what the festivities of the night held. There, fans saw a cake lined with candles and a table covered in flower petals and star confetti. From behind the camera, Kim yelled out “The big 7-0!” She, Brandon Jenner, Kylie Jenner, Kendall Jenner, and Kourtney Kardashian sang “Happy Birthday” to Caitlyn.

Birthday today! So blessed to have so much love in my life from family and friends.

Kim then went on to post a picture with her siblings and Caitlyn, and Khloe was noticeably missing. A few hours before these posts, the Revenge Body host posted to her own Instagram story that she’d been “shooting a commercial all day.”

Khloe’s relationship with Caitlyn has been rocky since Caitlyn bashed Kris Jenner in her memoir, The Secrets of My Life. Back in December 2018, Khloe tried to convince Kim to disinvite Caitlyn from her annual Christmas Eve party. She explained to Kim, “Who wants mom’s peace? ‘Cause that’s what matters. Do we care about Caitlyn’s peace when she’s never cared about ours?”

Kim admitted that extending the invitation was “a big mistake,” but Kris said she was “fine.” Kris told her daughters, “Just let it go. Vodka’s my friend.”

Khloe Kardashian had more to say about Caitlyn, and these things were a bit nicer. Back in May, she said Caitlyn’s girlfriend, Sophia Hutchins was really sweet. “She’s younger, but like, she’s not bothering anyone.” Khloe said on the “Divorce Sucks With Laura Wasser” podcast at the time. “I think we’ve really come a long way. It was a struggle for all of us … not because she was transitioning. I think from just how it was all handled.”

According to UsWeekly, these comments came a year after Caitlyn had opened up about her relationship with her children. She explained “I spend a lot of time by myself here in the house. I have a lot of children, but sometimes just because of circumstances, maintaining a close relationship with your kids is very tough. They all have lives. They’ve all moved on.”

Caitlyn Jenner backed out of the Seminole Hard Rock Hotel & Casino opening in Hollywood last week. It’s said to be because of a conflict with Khloe Kardashian and Scott Disick, who attended with his girlfriend, Sofia Richie. It’s been said she had been confirmed to attend but canceled last minute.