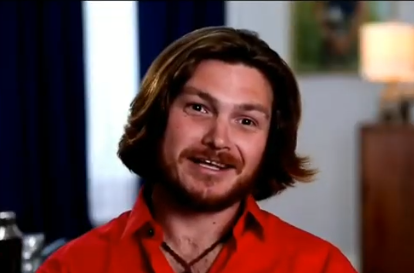 90 Day Fiance is on its way back to TV screens with a new season filled with new drama. New star Syngin gives the rundown.

Syngin and his fiancee, Tania met fans of the show in the season seven trailer that came out earlier this month. But, the South African says things get a little rough this season. 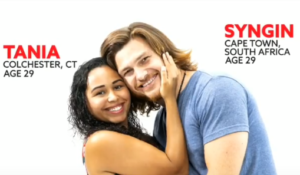 “You will see me go through some pretty rough, not stuff, but some pretty rough sh*t.” He said at the 90 Day Mixer at The Highlight Room in Hollywood, California. “So, it’s like a whole new experience for me. You know, taxes are high, that’s all I’m saying.”

But, Syngin has more to worry about than taxes. In the trailer, he and Tania are arguing over her wanting to sign a prenup. “Who knows, actually if I sign the prenup,” he joked. “We’re going to find out more about that prenup.”

He faced a big adjustment, moving from South Africa to Colchester, Connecticut. “It got pretty dramatic,” he shared. “You question whether this is the right decision to come here or not. Like, you fly halfway across the world to figure out if the love will work. Whether you question it, I think, will always be a possibility, but the questioning came up a couple of times.”

Will Syngin And Tania Make It To Their Wedding Day?

Tania had been shown in the promo revealing that she’s unsure if Syngin is her “soulmate.” Syngin watched 90 Day Fiance back in South Africa with his mom. He says fans will have to find out if the couple is able to last. According to Yahoo! he actually introduced Tania to the show.

“When I met Tania, I was like, ‘Hey, watch these crazy people.’ And now we’re part of those crazy people,” he said. He noted that fame isn’t the reason for his being on the show. “We were debating whether to come on it, and she sent the email and boom. ‘Hello, do you want to do it?’ We were like, ‘Oh snap.'”

Syngin’s only regret about filming the show is how much he swore, wishing it had been a little less. He says fans should watch out and be ready. The season will be filled with drama and action, he promised. There’s nothing fake about it, all real and all legit according to the man himself. Dealing with 90 days to get married isn’t easy. There’s bound to be drama in such a short period of stress-filled time.

Erika Jayne Just Got Dumped By Her Lawyers — Here’s Why
Disney Plus Drops ‘Luca’: Stream Or Skip? [Recap & Review]
Uncle Dale Mills Gets More Than Bargained For Babysitting Busby Quints
‘KUWTK’ Reunion Part 1 Recap: June 17
Is Lifetime’s ‘Secrets Of A Marine’s Wife’ Based On A True Story?