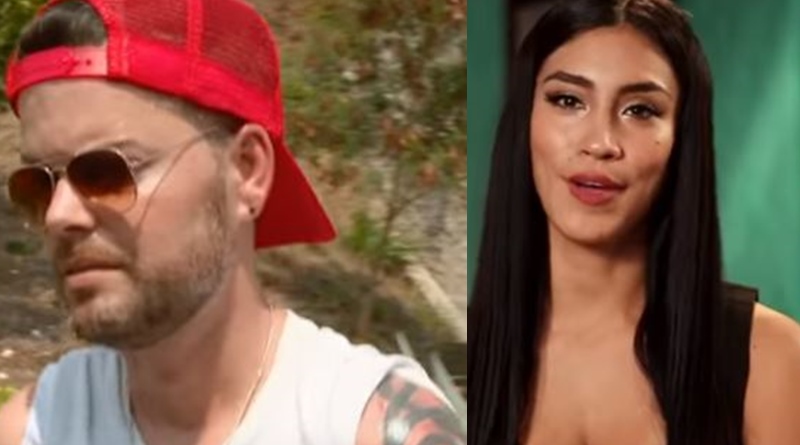 90 Day Fiance: Before the 90 Days is counting down to people proposing. TLC shared a short preview that indicates Tim gave Jennifer a second-hand ring. ‘Waste not want not’ seems to be his motto. Fans already commented about it over on Twitter, wondering what on earth he’s thinking? But, was it a second-hand ring from his ex or just a family heirloom?

90 Day Fiance – was Tim’s second-hand ring for Jennifer an heirloom?

Over on Twitter, fans reacted to the post about Tim giving Jennifer a second-hand ring. One person said a family heirloom might be okay. Another user commented, “Tim must be smart enough to have gotten another ring and not use the one from Veronica. Jeniffer deserves better than a ring meant for someone else. Maybe he just shows the other ring to Jeniffer to show her how much nicer the one he got hers is? #crossingfingers.” Well, according to E!News, who saw a longer preview of the scene, crossed fingers could be a fail.

In their report about the ring scene, E!News reported that this is not a family heirloom. Oops, not the greatest 90 Day Fiance idea fans ever saw. It turns out it was the ring he previously gave his ex, Veronica. And, apparently, Tim’s okay with this ‘waste not want not’ attitude, as Veronica apparently suggested it. That’s not overly bright of either of them, some fans think. Everyone knows Jennifer’s got mega-issues with the close relationship between the exes.

Fans react to the second-hand ‘waste not want not’ ring

Over on Twitter, one follower of the TLC show noted that this season’s a bit odd. After all, Rebecca Parrot ended up paying for her own ring. Well, despite Zied claiming he does “so much work” on the show, he’s not well off. But, Tim claims some wealth. And maybe frugal’s the way to get that way. Mind you, on Twitter, some followers believe the 90 Day Fiance star’s not as wealthy as he claims. One person noted he always took Jennifer to cheap restaurants. Another noted his Ferrari’s not really modern and snazzy.

On the used ring, flabbergasted fans commented a bit more. “I’m shocked Tim would give her that ring not only because it’s a tacky move but because in the first episode he talked about how rich he is and how he likes to show off his wealth. I would think he’d get her a new ring and not use a hand-me-down. Tasteless,” said one fan. Another commented, “Well Tim, I guess your really gonna take a hit when it comes time for the bride prize. Maybe your heart got ahead of your wallet?”

Does it work out for Tim with his second-hand ring?

Jennifer really likes the ring at first, asking Tim where he got it. Fronting up, he admits he gave it to Veronica. He explains it was her idea. ” Then Jennifer asked, “You’re giving me a ring of your ex?” And according to E!News, it looks like he really is. What do you think about that? Do you think this might be Tim’s biggest mistake yet? Sound off your thoughts in the comments below.