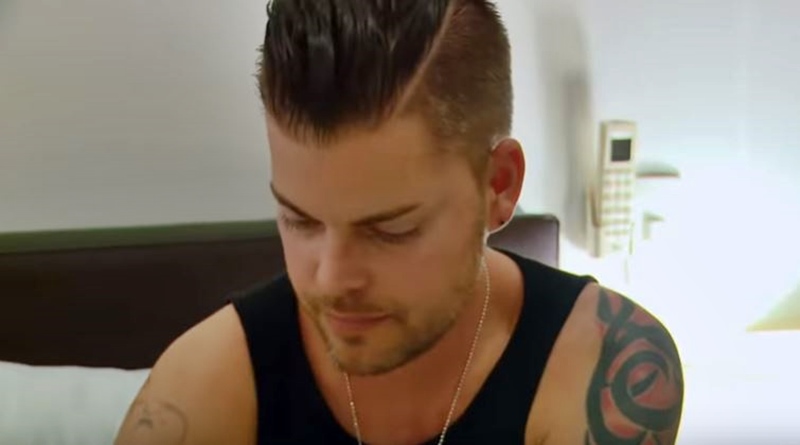 90 Day Fiance: Before The 90 Days airs the Tell All following the final episode that comes this Sunday. From the small preview, we know it looks rather explosive. Leaks abound that we’ll certainly get loads of entertainment from it. And, it’s not confined to Angla Deem losing it. Tim Malcolm confirmed other fireworks arrive, as well.

TV Shows Ace reported on what we knew around mid-September. In our report, we noted, “Leaks came out that suggests something we can all imagine – Angela Deem behaving badly. And, the leaks dish some spice on Rebecca Parrot who allegedly used her private detective skills.” And, this time, it never involved poor Michael Ilesanmi getting a swift kick to the bits that Angela seems to like most about him.

Now, Tim Malcolm spoke to ET and confirmed there’s a lot coming for fans of the franchise. They caught up with Tim at “at the 90 Day Mixer at The Highlight Room in Hollywood, California, earlier this month, where he talked about what viewers can expect.”

Fans can only hope that the leaks and hype live up to what’s being claimed. After all, many fans complained that the 90 Day Fiance: The Other Way Tell All came as a bit of a disappointment.

In his interview with ET, Tim hinted it’s not all about Angela Deem either. He noted, “It is unexpected. It is just going to blow your mind, and the people that are involved in what you’re gonna see are going to be the least likely suspects.” Describing it all as “crazy,” Tim added, ” you do not want to miss it…it is really freaking good.” And, hold onto your horses because he assured that he would not be surprised “if it’s the most viewed tell-all of all time.”

According to him, “It is going to go down in the history books. It is wonderful.”

Well, we can only hope it’s not all a huge let-down. After all, many fans think Tim’s a bit feminine and likely easily traumatized by conflict. But, Tim enjoyed the show. He notes he came from nothing, built up his career, and now he’s on one of the most popular TV shows ever. So, he’s there for it, despite what people say about him.

Much like 90 Day Fiance alum Larissa Lima, he doesn’t mind what they say, “as long they’re talking.”

Darcey’s ex – Jesse Meester pitches up at the Tell-All

We already know from the preview of the Tell All, that Darcey gets all shocked to hear Tom got engaged before. But, we don’t know what’s going on with them right now. ET mentioned her as well and it looks like there may be some fireworks when ex – Jesse Meester pitches up.

What do think about the upcoming Tell-All? We already heard leaks that it might be explosive, and now Tim Malcolm just confirmed that. Are you excited about it? Sound out your thoughts in the comments below.

Netflix’s ‘Shaman King’ Reboot Season 1 Release Date Confirmed
‘Extreme Sisters:’ Why Do Patrix & Patrica Want To Move To Orlando?
‘Teen Mom 2’: Chelsea Houska Has A New Look And Fans Are Not Happy
‘Siesta Key’ Season 4, Episode 5 Not On This Week & Here’s Why
Is It Too Late For Jill & Jessa Duggar To Sue Josh For 2002 Molestations?