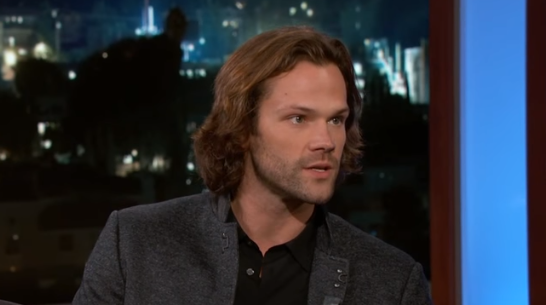 Jared Padalecki, the Supernatural star was arrested outside of a bar this weekend in Austin Texas. Travis County Clerk’s Office confirmed the arrest on Sunday, October 27.

The star who has played Sam Winchester on the CW show, Supernatural for the last 14 years, was charged with two misdemeanor counts of assault.

A video was released from TMZ of the Texas native, where he was seen tussling with a man on the sidewalk and leaning on the hood of a car. Padalecki was reportedly booked that night for public intoxication, appearing as though he had been heavily drinking prior to the altercation and the video.

Some witnesses say the actor allegedly hit a bartender in the face at a lounge called Stereotype. Reportedly, a friend of his tried to calm him down outside. This is when things got physical and Padalecki put the man in a headlock before stepping back and raising his hands. 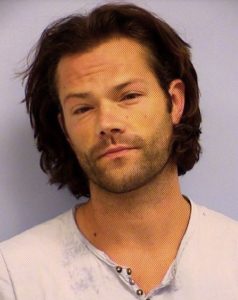 UsWeekly says there was also an altercation between Padalecki and the general manager of the bar. Allegedly, Padalecki hit him in the face as well.

The actor has been spotted at this ’90s-themed bar a number of times before. This time he left restrained by the police. UsWeekly has also reached out to Padalecki’s rep for a comment.

Supernatural Is Coming T0 An End After 14-Years

It was announced in March on Instagram that season 15 would be the last for Supernatural. Stars Misha Collins, Jensen Ackles, and Jared Padalecki himself made the announcement.

Padalecki and his wife, Genevieve Cortese share three kids, Thomas, 7, Austin, 5, and Odette, 2. The couple spoke in May about the show ending, as Padalecki has been a star in it since 2005. When it began, Genevieve had been a co-star on the show as well.

“I feel like I’ll never really say goodbye to him,” he said of his character, Sam. He admitted that the ending would be “bittersweet.”

“We really have become a family,” he said. “Over 15 years, we’ve cut the fat. We didn’t fire anybody but if they didn’t like being there, they move on. So the people that are there want to be there.”

“We’ve known them for 15 years; we’ve seen births and deaths and divorces and marriages,” he continued. “I mean, I met my wife in season 4 and we have three kids! So much has happened. I feel such a deep connection with everybody. It’s gonna be rough.”