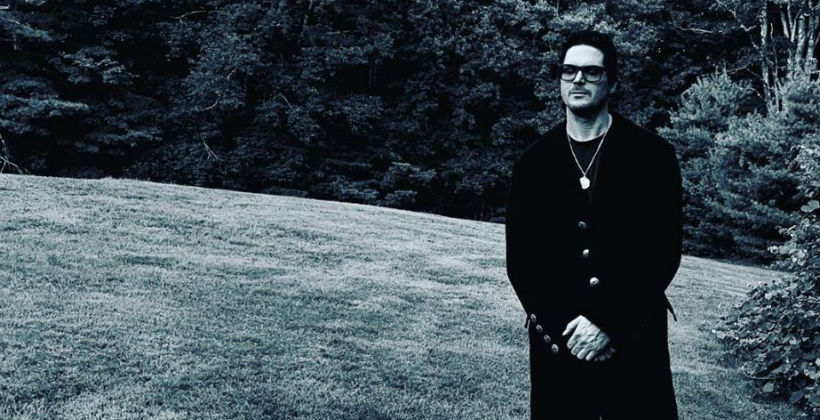 Lead investigator Zak Bagans of the hit paranormal show Ghost Adventures is doing what he does best, investigating the evil spirits that lurk among the living. In the annual Halloween special airing this Thursday on the Travel Channel, Zak and the crew will investigate the house that inspired The Conjuring movie franchise.

While the movies are based on true events, Zak feels there is obviously more there than the movies portray. Zak said, “Ed and Lorraine Warren had received so much attention because of the movies and Hollywood that I really wanted to get in there and see the other details that weren’t really portrayed in the Hollywood films. I know there’s truth to it, but at the same time, I wanted to do my own investigation in such an iconic and well-known case.”

Zak previously tried to get permission to investigate other dwellings portrayed in the movies. The access was denied. The homeowners did not wish to dredge up horrible memories or possible evil that could still be hiding in the shadows of these properties.

Then, Zak got his chance when Cory and Jennifer Heinzen bought the farmhouse in Harrisville, Rhode Island. The old creepy home dates back to 1736. The couple started seeing “flashes of lights where there shouldn’t be any lights.” Enter Zak and the crew.

All new #ghostadventures this Saturday 👻

Zak and team investigated with demonologist brothers Carl and Keith Johnson. These two investigated the property even before Ed and Lorraine. Luckily, Andrea Perron, her parents and siblings agreed to meet the team at the house. The Conjuring films featured the Perron’s. Andrea said Lorraine told her she and Ed knew they were in over their heads with this house. Andrea also said she knows the Warrens had the best of intentions with their investigation.

The Arnold family who lived at the residence for eight generations faced many tragedies. Zak shares, “What we can’t argue is the fact that there was a huge curse put on the Arnold family. I mean, there was suicide. There was murder. There was just unusual deaths. Poisonings, throats being slit. Something was plaguing that family.”

Las Vegas Review Journal recently shared that Aaron Goodwin was severely affected by the entities within this house, however, Zak’s experience was even worse. Aaron suffered chest pains at one point and at another had to rest. He said, “I had to sit down, dude.” Aaron continued, “It was just weird energy. Not normal. Not like we’ve felt before.”

Zak became sick after the investigation. He said, “I was extremely ill, very sick, for about three weeks after that. I wasn’t myself, albeit I was on a long trip. There were things going on with me that just seemed out of the norm. It really, I believe, made me sick. I had anxiety and panic levels that were just so unusual. Just that feeling of sickness. I didn’t look like myself. I didn’t feel like myself. I didn’t wanna be around anybody.”

Bagans clarified, “I never felt possessed, but I felt like something was drawing the life out of me.”

The Halloween special of Ghost Adventures is sure to entertain, terrify and haunt those who watch it. Zak said, “While very scary, it was incredibly awesome because it really proved to me that the stories of the Perrons were true, and there’s something there.”