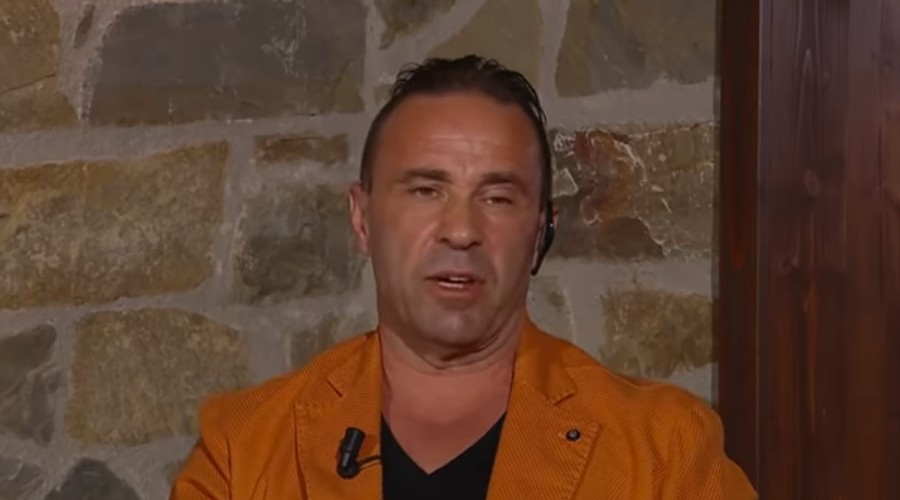 The Real Housewives of New Jersey’s Joe Giudice finds fans everywhere he goes. In a new promo for Bravo’s sit-down with Joe and his wife, Teresa Giudice, Joe details his release from ICE custody.

The husband of RHONJ was released from an ICE detention center earlier this month. He was then transported directly to Italy. Joe will continue to fight his deportation case from across the ocean.

The convicted felon’s earlier request to await his appeal case at home in New Jersey was denied. Desperate to get out of the detention center, Joe petitioned the court to let him continue the fight from Italy. The court approved the petition.

In another promo, host Andy Cohen asks RHONJ husband about his experience of ICE transporting him to Italy. According to People, officers escorted Joe onto the plane, one with a gun. The reality star joked that he is a “very dangerous guy.” What were the other officers doing? Taking photos with the star, he claims.

“I had two immigration officers, one on each side, taking selfies with me the whole time.”

Joe also reveals that he offered the ICE officers tourist tips in Rome. The plane from the US to Italy landed on a Friday and the officers were staying for the weekend.

“So I told them where to go. I gave them recommendations to go and have a good time.”

He also claims that he refused to let them handcuff him. According to Joe, the officers abided by his demands.

“They wanted to handcuff me. I was like, ‘Listen, I’m not getting in no handcuffs.’”

Does Teresa Think Joe Was Faithful While She Was In Prison?

One of the big story-lines on the upcoming Season 10 of The Real Housewives of New Jersey is whether Teresa cheated on Joe while he was incarcerated. The gossip sites have been in a frenzy with photos of Teresa with various men, whom she later claims are “just friends.”

When asked directly by Andy if she thought Joe had been faithful, she replied, “No.”

Andy directed the same question to Joe regarding Teresa’s faithfulness. Has Teresa been faithful?

What other shocking revelations will unfold tonight? Be sure to watch The Real Housewives of New Jersey Special Event: Joe and Teresa Unlocked airing on Bravo October 27, 2019.

Season 10 of The Real Housewives of New Jersey premieres on Wednesday, November 6 on Bravo.