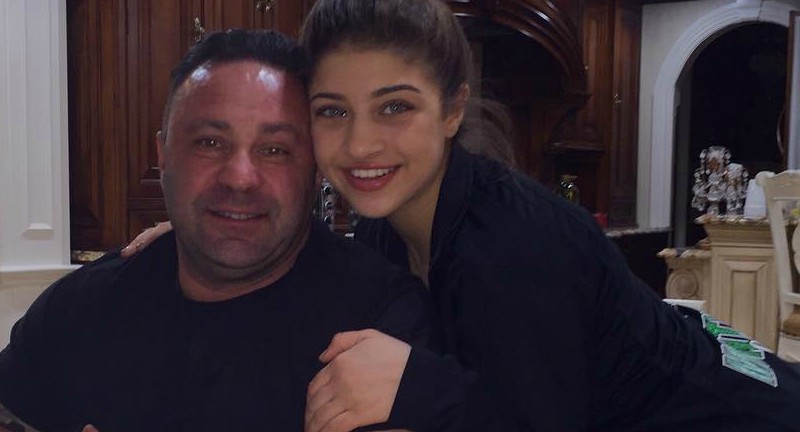 The Real Housewives of New Jersey’s Joe Giudice is moving to Italy to fight deportation from the United States. Yes, you read that correctly. Earlier this month, Joe’s lawyers filed paperwork requesting a release from ICE custody and transport to Italy while awaiting his appeal against deportation. People Magazine reports that Joe is still fighting deportation, but is starting to “lose hope.”

Joe and his lawyers originally requested a release from ICE custody to go home to New Jersey. The reality star had hoped to reunite with his wife, Teresa and four children. Furthermore, he intended to work to support his family. That request was denied and he remained in ICE custody in Pennsylvania.

After a 41-month prison sentence for various counts of fraud, Joe was placed directly into an ICE detention center. He has been in ICE custody since March of 2019 while appealing his deportation order.

Fans of the reality show may wonder why Joe is under the threat of deportation while Teresa isn’t. While Teresa was also convicted of a crime, she was born in the U.S. Joe may have lived in the country since he was a child, but he never became a citizen.

U.S. law states that immigrants can be deported  if they are convicted of a crime of moral turpitude or an aggravated felony. Unfortunately for Joe, his high-profile on RHONJ didn’t work in his favor in this case. It’s likely that he is being used as an example. His willingness to move to Italy shows that he has begun to accept his inevitable deportation.

“He’s fighting, but he’s really resigned to the fact that he’ll be deported.”

No Date Set Yet for Move to Italy

Sources reveal that while Joe’s request has been granted, the details are still being worked out. It could take days or weeks before the travel plans are finalized and Joe returns to Italy. In the meantime, he remains in the ICE detention center.

In his appeal, Joe asks that ICE handle his return to the United States if he does win his deportation case. The final decision is due to be handed down in November.

Will RHONJ’s Teresa Stand By Her Man?

Throughout his prison sentence and ICE detention, Teresa has remained at her husband’s side. However, during the Season 9 reunion, she admitted that her marriage wouldn’t survive the deportation.

The tension between the family is on display in the Season 10 trailer. Joe can be heard telling Teresa that he will be deported. Their oldest daughter, Gia, seems annoyed that her mother is airing their family drama for all to see. Gia tells her mother to stop airing her personal business with her father.

Gia occasionally posts throwback photos of her father on her Instagram. Sometimes she includes a caption defending him, such as with this photo from over a year ago. The photo is of a young Gia at the beach with her father. She is sitting behind him as he casually smokes a cigarette.

This is one of my favorite pictures of me and my dad❤️ my father is no threat to society he is one of the most warm hearted people I know, he would never harm a soul. He puts everyone else before himself. I know who my father is and I think many of you do too. My father did his time and learned from his mistakes. Isn’t being in there supposed to make you realize your mistakes so you can become a better person? And that’s exactly what my father did. He hasn’t felt or looked this good since he was in his 30’s. We have so many plans to do as a family when he gets out. I need my father to be here. My father belongs with us and his entire family. My father came into this country when he was one years old, the United States is the only country he knows, spread the word #bringjoehome

The caption in part mentions that her father isn’t a threat to society. She goes on to point out that the purpose of prison is for people to learn from their mistakes, which she says he has done.

Watch the Season 10 trailer of The Real Housewives of New Jersey. Be sure to check out the new season in November on Bravo.