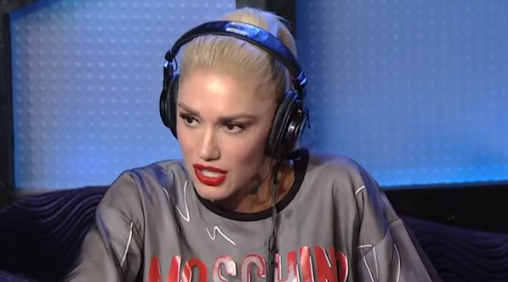 Gwen Stefani met the father of her three children, Gavin Rossdale in 1995. The couple got married in 2002 but filed for divorce in 2015, stating they had “irreconcilable differences.”

Thinking about this dude today… Gonna miss you Busbee.

Gwen Stefani is now part of The Voice’s cutest couple, as she is dating Blake Shelton. But before this romance began, she was part of another one of music’s hottest pairs. Almost 25 years ago now, Gwen Stefani and Gavin Rossdale were rock royalty. The pair first met when Stefani’s band, No Doubt opened for Gavin’s band, Bush in 1995.

The couple had many ups and downs throughout their time together, Gwen has said it reflected in her music. They ultimately called it quits in August of 2015, after being married for 13 years and having three kids.

In 2010, Gavin Rossdale described their first date, “I threw a party in New Orleans just as an excuse to hang out with her. We drank a bunch of hurricanes and went around the French Quarter. We had our first kiss that night.”

On New Year’s Day 2002, Gavin proposed to Gwen, after six long years of dating and getting her father’s permission. September 14th, 2002 was the official date of their wedding. The ceremony was held at St. Paul’s Church in London’s Covent Garden, Gwen wore the instantly iconic pink ombre dress, designed by John Galliano for Christian Dior.

After 13 Years, The Couple Had To Call It Quits

According to Yahoo Lifestyle, Gwen filed for divorce in August 2015 and Gavin filed his response shortly after. The couple cited irreconcilable differences as the reason for the split and were later granted joint custody of their sons.

The exes released a statement that said, “While the two of us have come to the mutual decision that we will no longer be partners in marriage, we remain partners in parenthood and are committed to jointly raising our three sons in a happy and healthy environment.”

When the couple’s divorce announcement came out, there were already reports that Gavin had an affair with their longtime nanny. Neither Gwen nor Gavin addressed the reports, but Gwen did open up about the split in 2016. “Nobody except for my parents, the people involved, and whoever they told knows the specifics about what happened with Gavin. Nobody would believe it if I could really say what happened. I went through months and months of torture.”

Gwen Stefani declined to reveal any more details, but she made it seem that her music might hold some clues. “All you have to do is listen to every single song I’ve ever written, and it’s all there. It’s an ongoing theme that I’ve had for a long time,” she said.

In November of 2015, Blake Shelton’s rep confirmed the rumored romance between Gwen Stefani and Blake. The news of their romance came out several months after he had finalized his divorce from his wife, Miranda Lambert after three years of marriage.

Gwen said she’s “super in love” with Shelton back in 2018. After almost four years of dating, Blake has said that the couple is as happy as can be and they’ve never been doing better.

Gavin said in January of 2017 that the divorce was the complete opposite of what he wanted. He admitted there were some regrets about the marriage, but there were also a lot of positives, he still thinks she is incredible. Gavin Rossdale is currently in a relationship with Natalie Golba.