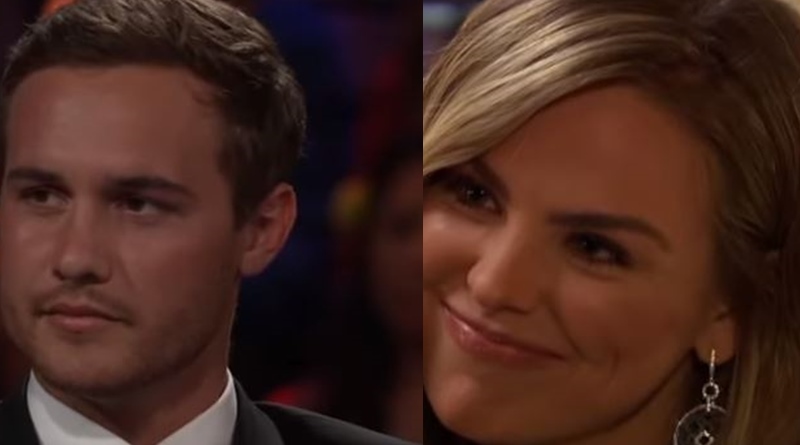 DWTS features Hannah Brown from The Bachelorette. Fans of the show know that she and this year’s The Bachelor lead, Peter Weber, got along very well. In fact, they got along so well, the windmill intimacy scenes will probably remain in franchise history forever. TV Shows Ace reported that Hannah’s not really looking for a man at the moment. However, she’s obviously one person that can answer some questions about Peter’s season. She spoke to People TV about it.

Hannah B and her dance partner spoke to People TV. They were both featured and the interviewer took the conversation to Peter Weber and his upcoming Bachelor season. Because of her experience, the interviewer asked her about the “biggest challenges” he might face “dating all those women.” Hannah replied, “I think it’s really hard, just in general.” She feels that answer applies to “anybody who’s a lead on The Bachelor or Bachelorette.”

However,  she and Alan looked a bit blown away that they asked about The Bachelor. Perhaps they expected more questions about DWTS? But Hannah answered the question. She noted that it’s hard to “be yourself” on the show. She tried that, but it didn’t always work for her. She said that it’s not “real life.” But, in a way, she notes, “it is real.” However, she notes that “it’s temporary.” But, she thinks that “Peter has a great heart.”  Hannah added that she “really hopes it works for him.”

For some reason, Alan Bersten grinned all through the interview. And, maybe that’s because Hannah B really didn’t look too comfortable talking about Peter Weber. The DWTS and Bachelorette star hardly ever struggles for words, but she sounded a bit caught off-guard with the question. But, it’s nice to know that Hannah wishes Peter Weber well in the show. Most likely, the two dancers never dwelled on it though, as they are working really hard rehearsing for Halloween night.

Fans think Alan and Hannah are preparing to dance to Bad Girls, as they “basically hinted at it in one of their interviews after last dance.” That came on the IG post that Alan shared about their preparations. Another fan said, “Gosh… @hannahbrown is even gorgeous as a dead dancing queen😍 @alanbersten 💕💕.” Meanwhile, lots of fans commented on how well they dance together. Plus, of course, the inevitable suggestion they should date came up again – and again.

Peter Weber spoilers for The Bachelor come out

Shooting for Peter’s season of The Bachelor started some time ago. And, Peter has narrowed his choices down. It has been reported that the six contestants heading to Peru were revealed. So, it looks like he navigated through all those other women just fine.

What did you think about Hannah B’s interview when she got asked about Peter Weber’s season of The Bachelor? Do you think she looked a bit uncomfortable answering? Sound off your thoughts in the comments below.

Remember to check back with TV Shows Ace often for more news about The Bachelor and DWTS.