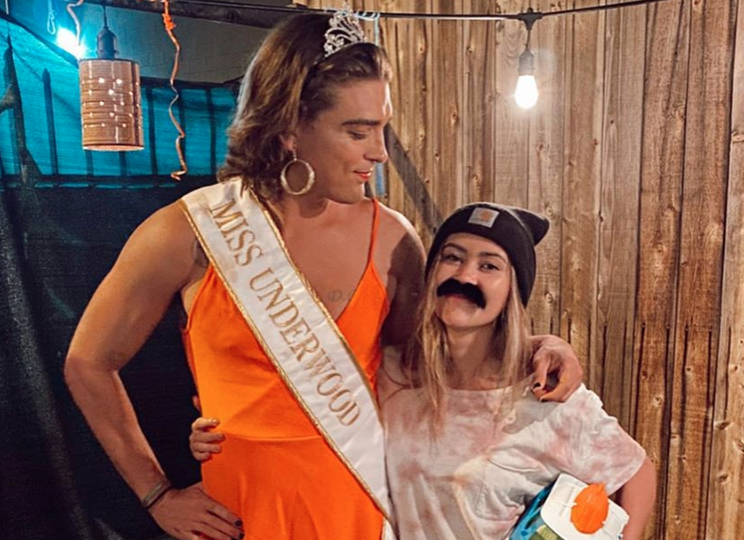 Caelynn Miller-Keyes isn’t messing around when it comes to her post-BiP love, Dean Unglert. When a fan made a rude comment, Caelynn was sure to let them know how she really felt.

It’s no secret that Dean Unglert has been a player in the past. He certainly doesn’t have a great reputation in the dating world. However, he seems to have found love with Caelynn Miller-Keyes on BiP. That hasn’t stopped fans from getting sassy with Caelynn about their relationship. Some seem to think they just won’t last.

According to Showbiz CheatSheet one person commented on Caelynn’s Instagram post saying that she and Dean were “just a fling.”

Instead of Caelynn just ignoring the comment or being really rude about it, she simply said: “life is just one big fling.”

That comment back was pretty interesting and hard to interoperate, but overall it made her point pretty clear. She doesn’t care if someone thinks Dean is just a fling. After all, it really only does matter what they think of their relationship. If Dean seems committed this time, then great. Hopefully, they can live happily ever after.

Several fans really had her back though and let her know that they are supportive of their relationship. That’s so good because it looks like the two of them are so happy together. They are constantly traveling and seeing the world together. It probably helps that they live in a van.

He showed up late, but how can you stay mad at that face 😍 #crowntocombs

“If Dean makes you feel safe and at peace in life, stay with him forever. Life shouldn’t be a fling,” someone else commented.

Caelynn agreed with that one saying: “indeed it is! Live in the moment.”

It seems as though Dean has really helped Caelynn to loosen up. It’s crazy to see her go from a girl who thought her world was ending when Colton Underwood left her, to a girl who is confidentially traveling the world with her boyfriend. Hopefully, there will be a ring next year and they can travel the world together forever. Talk about major relationship goals.

Do you like Caelynn and Dean together after BiP. Do you think they are just a fling or will the end up married? Let us know what you think in the comments.

Be sure to watch Peter Weber’s season of The Bachelor when it airs January 2020. His season is sure to be full of excitement, you don’t want to miss it.