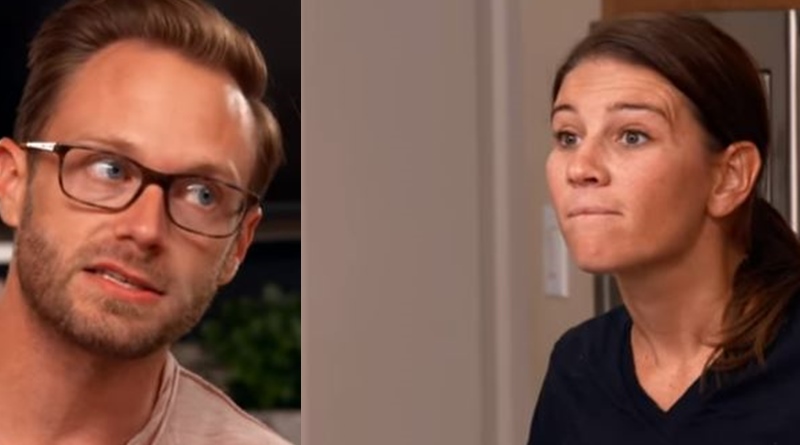 OutDaughtered star Danielle Busby and her husband Adam come across on the show as being in conflict. TLC shows more discord each season. And, many fans grow sick of it. But often, Danielle shares about unity in their marriage, that’s often lacking after TLC’s editing. And, many fans prefer her take on it to TLC’s.

Fans complain that Danielle and Adam bicker a lot. TV Shows Ace reported, “Last season, some fans complained about the bickering between the couple…So, this time, fans wanted more of the kids and less of Adam and Danielle complaining about the OutDaughtered dad’s job. But, this season’s premiere brought a similar reaction from fans, and they grew annoyed with Adam Busby.” But, perhaps it’s not all about Danielle putting Adam down and Adam being controlling in real life.

As one fan pointed out on a recent Instagram post by Danielle, “That’s the way TLC has edited this season.” Well, many people grow sick and tired of it, but maybe the Busby’s don’t have much say in the editing process.

For example, the last episode showed Adam complaining about Danielle’s online store, Meaww blog noted.  In real life, the OutDaughtered couple seems to work really hard at their marriage. On Friday, Danielle shared a post about Adam and her and the unity they share. Fans mostly liked what she said.

Unity in marriage post by Danielle, fans prefer her version to TLC’s

In her post, two photos showed a group of people praying. Plus, another one showed Danielle and Adam standing outdoors and looking very much in love. She captioned it with, “This week I am reminded how important UNITY is. To be ONE. To be ONE with your spouse and to allow your community to become ONE with you.” Then she cited a bible verse, “Oh, how wonderful, how pleasing it is when God’s people all come together as one!” PSALMS 133:1″

Most OutDaughtered fans know Danielle and Adam practice Christianity. So, they know the couple try and work out issues around a Bible-centered theme. One fan noted, “See now this is what TLC should be showing! Thank you for the reminder and for letting us into your lives.”

Well, TLC probably won’t draw too many viewers for this sort of attitude. Plus, fans should recall we only see a few minutes of their lives each week. But, lots of people follow Danielle for inspiration. One said, “I definitely needed this today! Thank you for sharing.”

This week I am reminded how important UNITY is. To be ONE. To be ONE with your spouse and to allow your community to become ONE with you. 💕 “Oh, how wonderful, how pleasing it is when God’s people all come together as one!” PSALMS 133:1 #MoreThanReality #itsabuzzworld #unity #faith #community

Nice comments about the Bubsy couple

Many nice comments came from OutDaughtered fans about the family and the couple. One person said, “you two were totally made to do this life together! I love your bond, it’s beautiful to see!”

Another noted, “You two are the best role models and so encouraging. I love to watch your show and thank you for letting us into your lives! Always look forward to new episodes.”

What did you think about the unity that Danielle Busby shared? Meanwhile, TLC shows a lot of conflict. Do you think the real version’s much better than TLC’s? Sound off your thoughts in the comments below.

Too Much Heat? Lindsie Chrisley Takes A Break From Social Media
‘Autopsy: The Last Hours of Frank Sinatra’ Where To See, What To Expect
Jarrod Schulz Pleads Not Guilty To Assaulting Brandi, Trial Date Set
See Pictures Of Josh & Anna Duggar Like You’ve Never Seen Them Before
Take A Peek Inside Jinger & Jeremy Vuolo’s Wild Saturday Nights