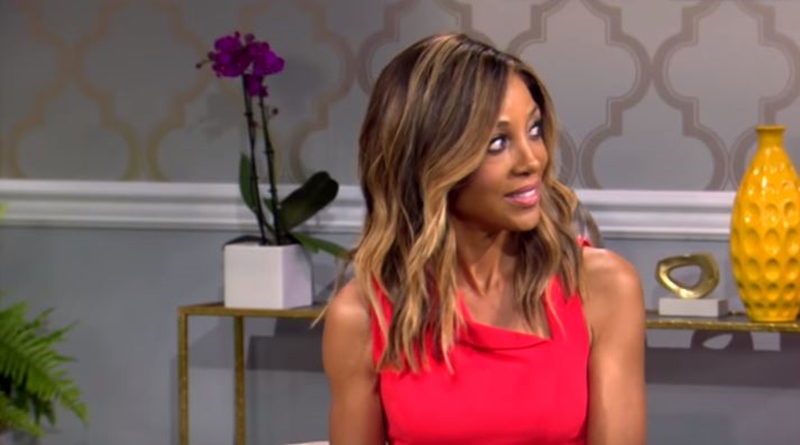 90 Day Fiance: Before the 90 Days might have just eclipsed the crazy reunions over on Bravo’s Vanderpump Rules and Real Housewives for drama. Leaks came out that suggests something we can all imagine – Angela Deem behaving badly. And, the leaks dish some spice on Rebecca Parrot who allegedly used her private detective skills. This all went down in New York where the cast got together to film the Tell-All. Please note this article contains multiple spoilers

Starcasm reported on the leaks, and they credited their source, noting their accuracy in the past. All the mega-drama sounds extremely enticing and if half of its correct, we certainly want to watch it: Even if just for the entertainment value of seeing the other cast react. I’m thinking Darcey’s Tom from the UK or Tim Malcolm who might simply faint away in a stylish and fashionable manner, ala Metro. And, as it all sounds like so much entertainment to look forward to, all credit to the story deservedly belongs to @fraudedbytlc on Instagram.

Several leaks came out for the 90 Day Fiance Tell-All but we’re going to focus on the best bit of the titivating tea. Allegedly, Angela Deem misbehaved badly. Well, who could imagine that? Did she finally kick Michael Ilesanmi where it hurts? Perhaps she finally screamed at the cameraman for not filming her best side? No – none of those went down that we know of, although we can all imagine such scenarios. And recall we saw her flounce off last season yelling about not being an “elder.” So, let’s get into it.

Starcasm grabbed the juiciest bit of the leaks, and they reported, “No one knows how to create more fireworks during a formal sit-down that 53-year-old Hazlehurstian Angela Deem, and Michael’s elder apparently delivered once again!” The story goes that she got aggressive with 19-year-old Avery who converted to the Mulsim faith and went off to Lebanon to marry Omar. Starcasm noted, “Angela was bullying Avery, including calling Avery “a very bad Muslim, among other things.”

Unfortunately, we don’t know what the youngest 90 Day Fiance star said back to her. But, the source says Angela lost it, went into launch mode and attacked Avery physically. Now, that we can believe. After all, we’ve all seen her steaming angry in the bar in Nigeria downing beer and chain-smoking her way into a rage. Odds are strong that she’s seen or been in barroom brawls once or twice in her long life. And, picking on Avery’s a bit unfair. After all, Angela’s got weight and probably the surprise factor on her side. Plus, no doubt she was ignited by a lack of nicotine in the studio.

Rebecca Parrot steps in with her streetwise private detective skills

The leaks suggest that once onto Avery, a bit like a maddened dog, she wouldn’t stop. And, the unlikely hero was not a burly security guard. Apparently, Rebecca Parrot, Tunisian Zied’s girl stepped in to break it up. Well, she’s got the background and experience and large dose of courage by the sounds of things. Maybe she got a bit of help from Avery who, as we know was a gymnast and maybe managed to flick-flack away when Rebecca distracted Angela. Although, that might be a bit difficult in a long dress and a hijab.

But, here we go into speculation, and we don’t know any more of the details. So, I’ll leave this thought with you. Do you really hope the leaks and spoilers come true and we’ll see it all play out in the Tell-All? Sound off your thoughts in the comments below.