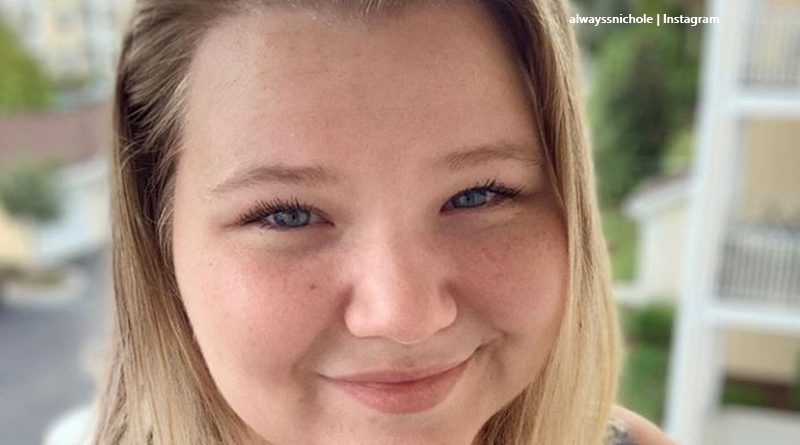 90 Day Fiance star Nicole Nafziger racked up loads of haters during her multiple seasons on the TLC show.  Now, fans question her about her dad Tyler who got arrested for alleged battery and possession of drug paraphernalia. But, she probably won’t answer, as she told InTouch Weekly, “give me and my family space.”

According to InTouch Weekly, the arrest incident, much like Mama June’s arrest, when down at a gas station. Tyler got into a dispute with a woman whom he recently met. Apparently, he agreed to “help her move out of her half way house.” But, it looks like they stopped at a gas station “near Manatee County in Florida on Monday.”  The information supplied by InTouch comes from police reports about the 90 Day Fiance alum who now sits behind bars.

It seems the two got arguing in their vehicle. The unnamed victim said that Tyler then used his arm and placed it around her throat. While the victim agrees she never started suffocating, she feared, “he was going to hurt her.”

Managing to get away, she then tried to stop him from getting out of the car. The police report alleged that when he tried getting out, he “grabbed her hand.” So. she shouted that she needed help and the 90 Day Fiance alum drove away.

Witnesses to the incident and the video surveillance seemed to check out the victim’s story. So, the police were on the lookout for Tyler. He was still in his vehicle when they got a hold of him. The police report notes that when they arrested him, the 90 Day Fiance alum told them about a “glass pipe in his pocket.” Later, that checked out positive for cocaine. While he’s got a bond set bond, we don’t know whether he’s out yet.

Meanwhile, Nicole’s quiet about it on Instagram and won’t respond to questions by her 90 Day Fiance fans. One fan asked obviously, “Is your dad out of jail?” A few others asked the same thing. One fan felt a bit bad for Nicole and wrote, “I hope your Dads ok, him, you and your family is in my prayers.”

But few people spoke up for her about it, as she shared a click bait post and fans hate that.

What do you think about Nicole Nafziger’s dad Tyler getting arrested for alleged battery and drug paraphernalia? Do you feel sorry for Nicole who must be going through a difficult time right now? Sound off your thoughts in the comments below.

‘Seeking Sister Wife’ Fans Like The Way The Winders Court
Tori Roloff’s Neighbor Speaks Up About Who She Really Is
Amber Johnston Defends ‘Questionable’ Parenting Decision
Did ’19 Kids And Counting’ Get Pulled On Amazon & Apple?
Does Ivy Seewald Have A Future On ‘American Idol?’