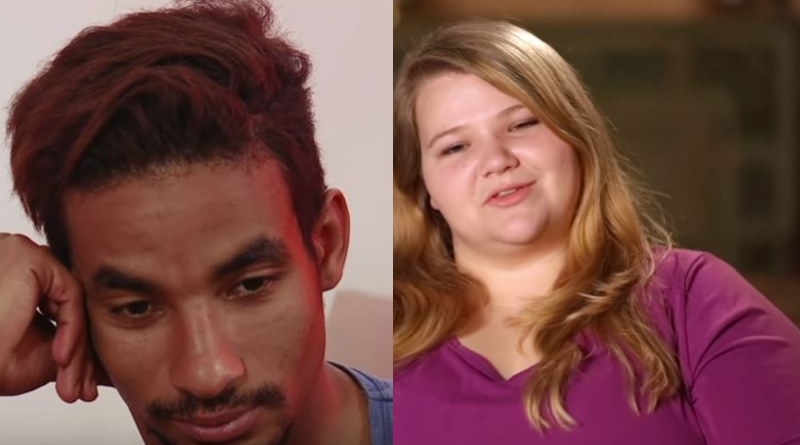 90 Day Fiance fans heard from Nicole Nafziger that she and Azan won’t return to the show. TV Shows Ace reported on that a few days back. And, since then, a wild rumor sprung up that she actually got fired because she allegedly assaulted Azan.

Well, after watching the couple for close on four years now, one has to wonder when she got the opportunity. Actually, Azan hardly ever got together with her. Now, Nicole took to her Instagram to deny there’s any truth in it.

Like so many rumors, it seems this wild theory came from ‘somewhere’ on the Internet. Even the person talking about it on Nicole’s Instagram couldn’t say for sure where they heard it first. So, who knows who whispered it first, repeated it, and then let it breed like a giant poison mushroom. Nicole may be many things, but so far, apart from a little bit of shoving by a van on a now ancient episode, she hardly comes across as a man-abuser.

On one of her posts a few days ago, a 90 Day Fiance follower trolled on her with the rumor. They wrote, “Is it true that you and Azan won’t be on TLC anymore because you were physically violent with him?” Other followers freaked out about it and the whole thing disintegrated into a bun-fight over what it’s appropriate to post on her IG. But, before the melee started, Nicole demonstrated that almost unshakeable patience, and said, “No. we aren’t going to be on another season because we chose not to go on again right now.”

Only experience helps you get through life

Fans of TLC often said they wanted Nicole off the show because she and Azan really have no storyline. It feels like forever since they first appeared and in all that time, the couple only got together a few times. When they did, fans grew upset because her daughter May called Azan “Daddy.” In the most recent season, we saw Azan let her down for the nth time by canceling their Grenada trip for “family reasons.” Many fans felt he probably already has a wife or another girlfriend. Tired of it all, they clamored again for her to go. Now she’s going, some fans feel saddened. Wow – you can’t satisfy anyone in the world of reality TV it seems.

Over the years, many 90 Day Fiance fans called her “delusional,” noting that other women stepped up from as far back as 2017, to allege Azan keeps many women on his list of benefactors. Reality Blurb reported on one such allegation back in March 2018. Back then, in summary, someone who even shared photos of Azan and May claimed he had girlfriends in Russia and England. He allegedly told her he was not in a real relationship with Nicole, and he was just doing it for the acting income as it’s scripted.

What do you think about the wild rumor that Nicole Nafziger got fired for assaulting Azan? Do you think there’s any basis of truth in it? Loads of rumors surrounded this relationship over the years, but this is the first time we get such a strong assumption she beat him up. Sound off your thoughts in the comments below.

Remember to check back with Tv Shows Ace often for more news about the cast of 90 Day Fiance.