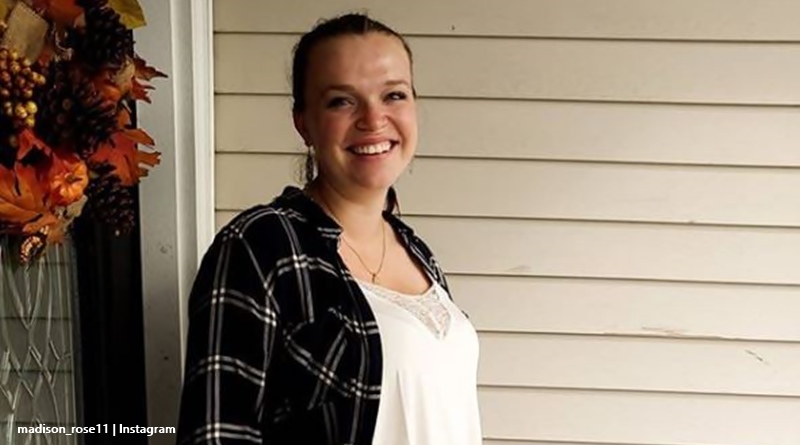 Sister Wives fans know that Maddie Brown Brush recently gave birth to her daughter Evie-K. From the get-go, she’s shared cute pictures of her little one and elder brother Axel interacting with her. But, she wants to take more photos, to the point that she went off and got herself a new camera. Is it a good buy for Maddie? Let’s find out.

Reality stars sometimes opt to leave the kids out of their social media. Ashley Martson of TLC’s 90 Day Fiance comes to mind. But for other reality stars, it’s not easy to keep them out the limelight as their kids make up a large part of the show. Think Teen Mom, Little People, Big World, and Unexpected. For Maddie, who grew up in a family show and is no stranger to cameras, there’s no problem with sharing pics of her kids. Fans get spoiled by Maddie, who cheerfully shares photos.

Taking to her Instagram on Monday, Maddie shared a new photo of Evie K. She captioned it with, “Got myself a new mom camera… Obviously I am having wayyyyy too much fun. She sure is cute though!” And, the photo of Kody Brown’s granddaughter’s very cute indeed. The newest addition to the Sister Wives family wears a bright yellow bow on her head, and her big blue eyes stare at the camera. Naturally, fans wanted to know what type of camera she bought.

Got myself a new mom camera… Obviously I am having wayyyyy too much fun. She sure is cute though! . . #MissEvieK #capturinglifesmoments #yellowishercolor #sweetgirl #mommylife #mommylove

Is Maddie’s new camera any good?

These days not everyone bothers with lugging around a camera. After all, most decent phones come with quite good cameras built in. It makes for ease when uploading to Instagram, and no special knowledge about lenses and lighting is required. But for those who wish to up their art with photos, a separate camera’s not a bad idea. In answer to questions, the Sister Wives star said she bought “a Nikon D3500,” adding that she thinks it’s “WORTH IT!” The D3500 is a step up from the older D3400. The camera first got produced in 2018, and in 2019 it won the TIPA Best DSLR title.

Digital Camera World reviewed it as, “The D3500 isn’t just Nikon’s cheapest and simplest DSLR, it’s also its lightest, weighing just 415g, body only, and that’s with the battery and a memory card. It will usually come with a lightweight 18-55mm AF-P kit lens which has a retracting mechanism to make it more portable when it’s not switched on.” Mind you when they say it’s the cheapest, potential buyers should note that the price ranges from $499.95 to $849.95, depending on which lens kit you prefer. They also suggest that no smartphone can yet match the quality of a good DSLR. For nearly $1,000 you could get their top phone with an inbuilt camera – the Apple iPhone 11 Pro.

The Sister Wives star chose an entry-level DSLR camera. The buttons and dials are easy to understand, and there’s even a guide mode for newbies. However, PC Mag notes the drawback. They wrote, “There’s no Wi-Fi, but the D3500 does have Bluetooth for wireless file transfer. It can transfer 2MP JPG images to your Android or iOS device using the Nikon SnapBridge app, a free download for either platform.” So, you’d need to take an extra step when it comes to sharing your pic online.

But, if Maddie’s looking to learn more about photography, the camera’s probably a good choice for her. Do you use a DSLR? Or, do you prefer to just snap a pic using your smartphone? Sound off your thoughts in the comments below.