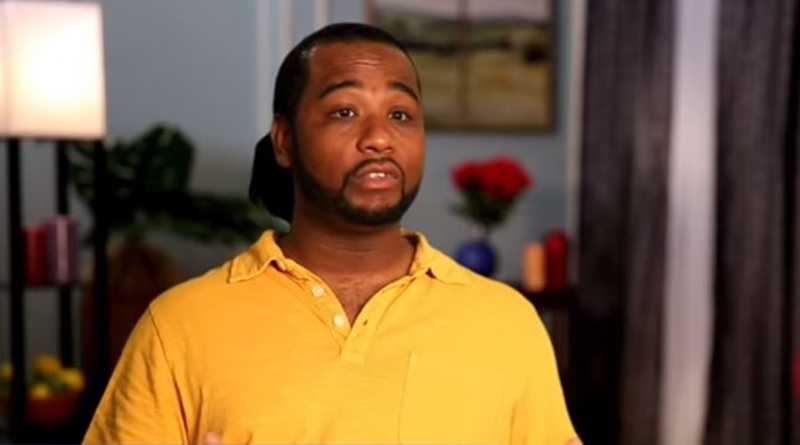 90 Day Fiance Season 7 brings us Robert from Florida, and Anny, the girl he met in the Dominican Republic while on a cruise. Robert’s 41 and Anny’s 30. His bio from TLC notes that he’s already got a child from a previous relationship. He proposed to Anny after just a few hours but never got around to buying that ring. He’s busy looking after his son, but he wants to get Anny into the US on a K1 Visa. But new spoilers emerge that probably bring a ton of red flags to fans of the show.

Kudos once again must go to Starcasm for the sometimes amazing tea that they dig up. We start off each season with a photo and a first name. From there, they work out some interesting and usually reliable spoilers. Thanks to their efforts, we now know that Robert’s possibly got more than just the one son mentioned in his bio. In their article, they noted that these kids are way older than his son Bryson. The son and daughter last featured on Robert’s social media “in December of 2016.”

The 90 Day Fiance sleuths also found some court records that indicate the mother of those kids “filed for child support on May 11, 2015.” This got followed in April by a “Final Judgment on Petition for Enforcement of Administrative Order.” Later, a mediation agreement came out of a petition. So, Anny might find out a relationship with Robert’s a bit more complicated than expected. But, there’s more.

Multiple eviction problems for Robert and trouble with the law

Robert faced eviction problems more than once. Starcasm once again ferreted through court records and discovered that in 2012, “he was named in three different eviction proceedings that year from the same apartment complex.” And the third one related to his arrest. In fact, he dealt with several arrests in his life. Apparently he just came out of jail for a suspended license and got an eviction notice in the mail. He told the judge in a letter that he tried to pay the rent and got a friend to try but the “supervisor of the apartment denied [his] rent.” While two other evictions got sorted out, this one ended with a “Writ Of Possession.”

The trouble with the law for the new 90 Day Fiance star involved two arrests in 2012 for “driving with a suspended license.” The first arrest came in March, Starcasm notes. “According to the police report from the incident, Robert was pulled over after an officer ran his plates and they came back as expired…his license was suspended on November 28, 2011.” Then he got stopped in June for the same thing. Apparently, the first run-in with the law related to “failure to pay traffic fines.”

Spoilers on Roberts history but little about him and Anny

While it seems it’s easy enough, if you have the know-how, to find out histories, the 90 Day Fiance show itself’s a bit harder. No spoilers on whether Annie and Robert remain together emerged.

What do you think about Robert from Florida with a history of legal, financial, and custody issues? Do think these should be huge red flags for Anny? Sound off your thoughts in the comments below.

Remember to check back with TV Shows Ace often for more news and spoilers about Season 7 of 90 Day Fiance.

‘RHONY’ Season 13 Reunion Canceled: What Does This Mean For The Show?
Why Wasn’t Michael Allio Chosen As ‘The Bachelor’ 2022?
‘Welcome To Plathville’: Why Isn’t Hosanna Plath On Her Family’s Show?
‘Deadliest Catch’ Exclusive: The Worst Is Yet To Come In Nail-biting Season 17 Finale
Will Carlin Bates Find Out Baby Number Two’s Gender Before Birth?