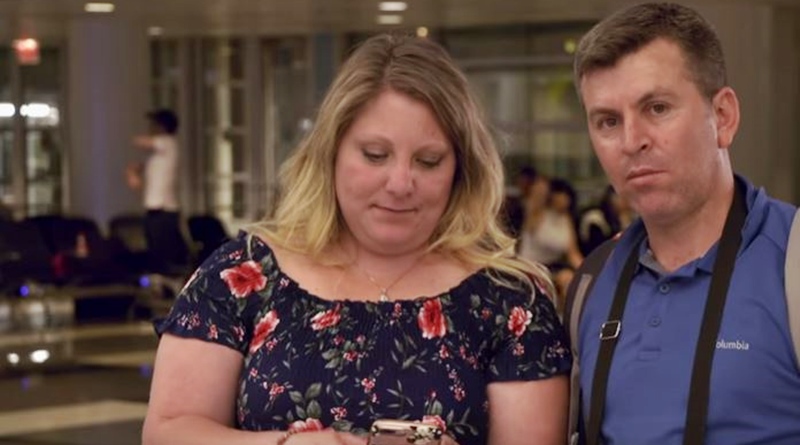 90 Day Fiance Season 7 arrives on November 3, and not a moment too soon for fans of the TLC show. Now, spoilers and cast details are starting to emerge. The same premise exists as previous shows. Fans know that Americans fall in love with foreigners, they get them to the US on a K1 Visa and marry or bust in 90 days. This time, we have one couple that comes with some interesting side-info.

Please note there are a few minor spoilers in this article.

The seven new couples, as revealed by E! News are:

Naturally, all the 90 Day Fiance couples bring issues with either family or differences of opinion about kids and cultural stuff. At first glance, Emily and Sasha stand out as their child was born in Russia already – so that preview ultrasound is a bit outdated, according to Starcasm. Another couple that raises red flags already, seems to be Blake and Jasmin.

One couple on the new show has an age disparity

Those fans sick of silly age differences will be relieved to know only one really stands out. That’s Michael and the Brazilian woman, Juliana. She’s 18 years younger than him. On Reddit, fans already grumble that it looks like another rich-maybe-not-so-rich guy here. And, E! News noted, “Is she ready to settle down and realize his financial support has limits?” So, much like Darcey’s Tom in Before the 90 Days he might not be as wealthy as she thinks.

The next age disparity is just nine years. That’s between Robert and Annie. The 90 Day Fiance couple met “on social media and talked every day for six months, finally meeting when Robert took a cruise with a stopover in the Dominican Republic. Within hours of first meeting, they were engaged…without an engagement ring,” says E! News. For TLC, most of the other couples at least share similar ages, if cultural backgrounds.

Starcasm already hunted around for the tea on Emily and Sasha. She’s from Oregon and her Facebook notes she attended university and now lives and works in Portland, Oregon in the suburb of Tualatin. His real name is not Sasha, and in real life, he goes by the name of Alexander.  In the posters and previews, Emily’s the one who prances around clutching and waving her ultrasound photo.

The 90 Day Fiance newbie already got preggos and had her baby while she worked in Russia. But, Starcasm ferreted out that Sasha has previous women with kids out of wedlock, two of them.

The other red-flagged couple in the franchise seems to involve Blake and Jasmin. Blake met Jasmin online, went over to Finland to meet her and wants to return to propose. But E! News points out, “his friends and family are wary, especially after learning Jasmin’s sister won the green card lottery and is already in Los Angeles.”

The remaining couples see Syngin from South Africa living in a shed on Tania’s mom’s property. Meanwhile, Turkish Mursel’s family will freak as there’s a hint Anna’s got kids out of wedlock. Mike and Natalie come with religious differences. Plus, he’s “rustic,” she’s a city girl.

What do you think about the cast so far? Sound off your thoughts in the comments below.