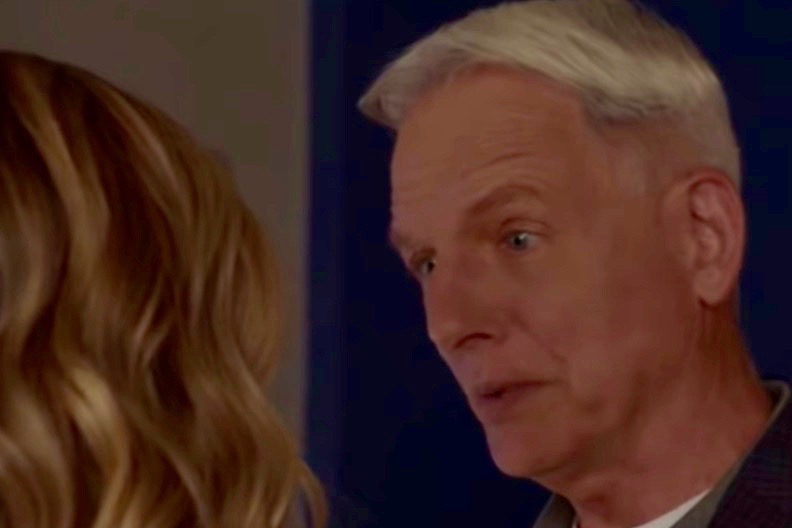 On Tuesday, the Slibbs relationship moved forward, as Gibbs and Sloane spent less than two minutes in close proximity, making fans want more. Already in this season, there have been some major NCIS fireworks between Leroy Gibbs and Jack Sloane. Why could NCIS Season 17 be the right time for Gibbs to finally find romance?

Oh hell yes! #slibbs ✅ not gonna lie I was hoping for more but this was a minute and a half of happiness. pic.twitter.com/ZsnXVWbfxc

Much has been said of the sizzle between Nick Torres (Wilmer Valderrama) and Ellie Bishop (Emily Wickersham). But, what about the slow burn of Slibbs: Jacqueline “Jack” Sloane (Maria Bello) and Leroy Jethro Gibbs (Mark Harmon)? NCIS Season 17 is already four episodes in, and it seems that the writers are determined to let the sparks fly.

First, it starts with the actors. Mark Harmon and Maria Bello always sit together at table reads.  Maria revealed that the two have fun working together. “It’s fun playing with Mark, we just have a ball together.”

On screen, there is a familiarity between the two. Maria Bello said it best when she told ET Canada: “I really love Gibbs and Sloane’s energy together.” She is convinced that Gibbs has “met his match.” Sloane is not the typical Gibbs love interest. She wants to talk about feelings. Gibbs runs away from those! But, longtime fans may proclaim that she is not a redhead. It is almost legendary how all of his ex-wives were redheads, as well as a couple of ex-girlfriends.

It should be noted that while redheads were originally the Gibbs “type,” last season, fans learned of an ex-fiancee Major Ellen Wallace (Erin Cummings), who seemed decidedly blond. And don’t forget ex-girlfriend Army Lieutenant Colonial Hollis Mann (Susanna Thompson) was definitely blonde. Maybe the writers want to open up to the possibility that Gibbs isn’t always attracted to the same woman? Gibbs and Sloane have also bonded over losing a daughter, albeit in different, but equally painful ways. Their friendship has been warm and the attraction instant.

Subsequently, what do the writers want to do about this “thing” between Sloane and Gibbs?

Why Gibbs Could Be Ready For Romance

The NCIS writers have been hard at work setting up Leroy Jethro Gibbs to fall…in love. Co-showrunner Frank Cardea told TVLine that in Season 17, some storylines that started last year will continue. Essentially, the big disrupter was Ziva David. When Gibbs burned Rule 10, he went through something. Cordea called it “the Gibbs angst.” But things just escalated. The other co-showrunner Steven Binder articulated the details that are going to poke at his emotions.

“He’s had his best friend’s daughter in a life-or-death situation, and now he’s got Ziva reappearing in his life. We’re going to see a bit more of what happens when a guy like Gibbs decides to start doing things because his emotions are taking him there.”

His emotions are taking him where? To Sloane? The writers seem to push the two closer together.

For Gibbs to burn one of his precious rules, he is revealing some of his pent up emotions. Add the drama of Emily Fornell’s near death from drugs, and Diane’s ghost, Gibb’s is dealing with the past that always haunts him and emotions that he has kept at bay. Now that Ziva is back, and angry at him for not looking for her, his emotions are pumping at 100 mph. It is no surprise that Gibb’s angst is an issue in NCIS Season 17, and that Sloane is his sounding board for his pent up emotions. It seems natural that the one person who can help him cope with his angst is the object of his affection. This is why Slibs fans are going crazy whenever Sloane and Gibbs are together.

Back in 2017, Maria Bello signed a three-year contract to play Jacqueline “Jack” Sloane. NCIS Season 17 is her final season. Will she sign another contract? She appears to love working on the show, and NCIS fans can only hope she inks a deal.

But, NCIS fans also know that the writers are not afraid of killing off main characters, especially when their contract is over. That could cause Gibbs to deal with some serious emotions. There has been no indication on whether they will continue to make Sloane a part of the future of NCIS. As for now, fans need to relish the romance that is unfolding.

NCIS Fans, what do you think of the romance between Gibbs and Sloane? Do you want to see them get closer together? Share your comments and be sure to check back with TV Shows Ace for the latest NCIS news. NCIS airs Tuesday nights, on CBS.