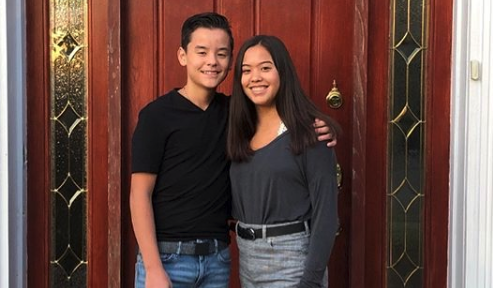 Jon Gosselin and Kate have been going through some tough times, and they don’t seem to be letting up anytime soon. However, despite the drama, Jon is still just trying to raise 2 of his 8 children to the best of his abilities, Hollywood Life says.

Jon Gosselin has accused his ex-wife, Kate, of doing several terrible things to their 8 children. This includes mental abuse and filming them without consent. Jon even says that he was shocked to find out that his son, Collin, had spent three and a half years in a child and adolescent behavioral unit. Jon claims he had no idea. During this time, he says he was alone with no parents where he was not diagnosed with any medical condition. Of course, this would make any parent pretty angry.

However, despite the drama, Jon is working on raising the two children he does have custody of. In 2018, Jon revealed that Hannah had moved in with him. Collin also moved in with him and since have been doing very well a source says.

“Hannah and Colin are both doing amazing because of Jon. They’re both really good students and they’re doing well despite everything going on with their mother,” a source says. “He’s built a great life for them and they love to go to the beach, the city and love traveling together. He really lets them have a normal childhood.”

He does what he can

While of course, he wants the best for all of his children, he can really only focus on those two because they are the ones that live with him. The source also says that he keeps up on everything he can with his other children.

The two eldest used to live with Kate until they went away to college. The other four 15 year-olds (Alexis, Aaden, Joel, and Leah) all still live with Kate currently. Because of Kate, the source says it’s hard for Jon Gosselin to have a relationship with any of his other children.

“Jon would love a relationship with all of his children, but Kate makes it challenging,” the source continued.

It’s got to be hard as a father to not be able to know what is constantly going on in your children’s lives, especially when you have so many. However, the two he does have custody of are doing well, so that’s all he can really ask for right now.

Do you feel bad for Jon or do you side with Kate in this matter? Let us know what you think in the comments. Be sure to come back to TV Shows Ace for news on all of your favorite reality TV stars. There’s a lot going on, you don’t want to miss out.