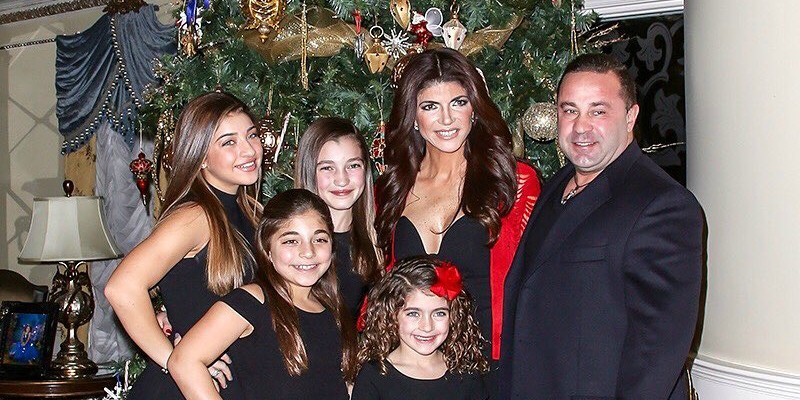 The Real Housewives of New Jersey fans have seen the highs and lows of Teresa and Joe Giudice’s marriage. The couple have been through more lows the last few years than highs. They each plead guilty to fraud charges and served time in prison. Once released from prison earlier this year, Joe was immediately taken into custody by ICE.

While Teresa and their daughters are all U.S. citizens, Joe is not. Though he has lived in the U.S. for almost his entire life, he faces deportation. After a few setbacks that included a denial of release to his New Jersey home, Joe decided to head back to Italy. He is still fighting the deportation but just not from inside an ICE detention center.

Now Radar Online reports that Joe is ready to divorce Teresa after almost twenty years of marriage. According to sources, Joe is upset that Teresa allegedly cheated on him while he was in prison.

“He is so mad at Teresa for cheating while he was locked up and left to rot in prison.”

The cheating allegations made their way into the Real Housewives of New Jersey Season 10 trailer. Teresa’s sister-in-law, Melissa Gorga, seemingly commented on the cheating rumors. Viewers know that Teresa and Melissa do not always have a good relationship. Needless to say, Teresa did not take the accusations sitting down.

At one of the RHONJ reunions, Teresa was asked point blank if she would stay with Joe if he were sent back to Italy. There is still a very slim chance that he will be allowed back into the country. However, chances are higher that he will have to stay in Italy. Teresa said that she doesn’t see how a long-distance marriage would work.

However, sources also say that Teresa, her daughters and Bravo TV cameras will head to Italy next month. His family is reportedly against a filmed reunion. His daughter, Gia, recently shared a photo to her Instagram of a much leaner Joe with a family member in Italy.

so happy your together right now.. enjoy see you in a few weeks daddy❤️❤️

For the most part, Teresa has remained silent about Joe’s choice to await his deportation decision in Italy. Sources say that Joe forbade her from posting any photos of him on her social media accounts.

However, that did not stop The Real Housewives of New Jersey star from posting a pro-immigration photo. She posted a photo of the Statue of Liberty with her hands over her face. Teresa added in a few prayer emojis for good measure.

The Statue of Liberty has a poem etched into the base that honors the U.S.’s acceptance of immigrants. The poem reads in part,

With silent lips. “Give me your tired, your poor,

The wretched refuse of your teeming shore.

Send these, the homeless, tempest-tost to me,

I lift my lamp beside the golden door!”

Season 10 of The Real Housewives of New Jersey premieres on November 6 on Bravo.

Disney Plus Drops ‘Luca’: Stream Or Skip? [Recap & Review]
Thirsty ‘Too Large’ Fans Agree Dr. Procter Is A ‘Daddy’
Why Did Cody, Abigail’s Son, Visit The ‘When Calls The Heart’ Set?
‘Counting On:’ Jill Duggar Shares Extra Special Request From Her Sons
‘Renovation Island’ Resort from HGTV: How Do You Visit?