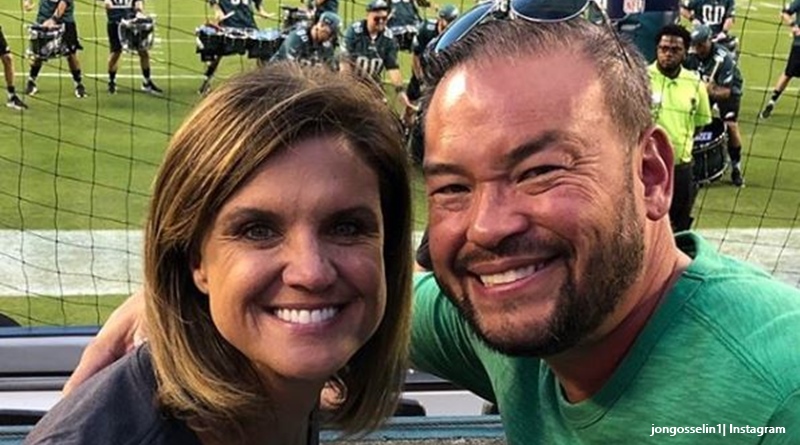 Kate Plus 8 and the show before that, Jon and Kate Plus 8, separated fans of the show into two camps. Much like the kids, their toxic relationship fractured opinions. Now, followers of Jon Gosselin gushed over a photo that Jon shared of his date night with long-term girlfriend Colleen Conrad.

Jon Gosselin’s been out of the headlines for ages. But, recently his gag order came to an end, and he’s been a bit outspoken. TV Shows Ace noted that Jon “suggested that one day Collin and Hannah might tell their side of the story.” Some fans wonder if he plans his own TV show or even a book about the sextuplets, the twins, and his relationship with Kate. Meanwhile, other followers of Kate Plus 8 just wish Jon all the best for his future with his long-term girl, Colleen Conrad. In fact, some of them gushed about how happy he looks with her.

On his Instagram this weekend, Jon posted up a picture showing just him and Colleen going on a date night. While many fans commented on the happy-looking couple, other comments included two of his children. In case you don’t know, his son Collin and his daughter Hannah live with him these days. Jon got custody of Collin in December last year. Hannah voluntarily went over to live with Jon, rather than staying with Kate.

Kate Plus 8 followers that took Jon’s side in the ugly breakup, had a lot to say about the photo. In his caption, Jon said, “Last night’s Date night pic!!! I Love this woman!!!” Of course, he looks very happy, and there’s no denying that. One follower said, “You two are so sweet together. She is just beautiful. You both look so happy and I’m happy for you. And I love seeing pictures of you with your two kids that live with you. The best!!” Another noted, “I remember watching your show years ago thinking, ‘why is he with such a demeaning, irritating person when he’s such a great guy?’ It’s nice to see you a lot happier. Your time has come! ❤️”

Fans of Jon swiped at Kate from Kate Plus 8 quite a bit but focusing on the new love in his eyes, others expressed their happiness for him. “Love that you have found happiness again! You deserve it! Good luck to you and your babies in the future,” said one fan. Meanwhile, another follower summed it up nicely saying, “Good for you Jon! It’s about time you had some happiness. She looks like a lovely woman!”

What do you think about the photo of Jon Gosselin and his date night with Colleen Conrad? Are you happy for him? Sound off your thoughts in the comments below.

Remember to check back with TV Shows Ace often for more news about TLC’s Kate Plus 8.