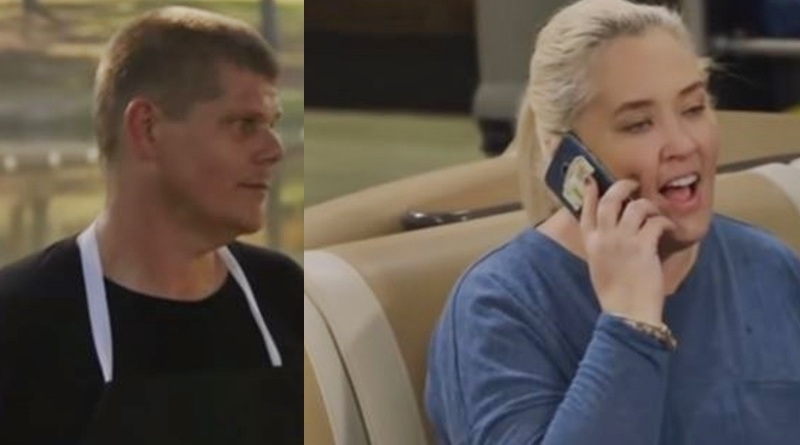 Mama June Shannon ran into trouble with the law back in back in March. Both June and Geno were arrested while arguing at a fuel station in Macon County, Alabama. Later, a grand jury found them liable for two felony drug charges. Now, a court ordered June to appear in court on October 15. If she doesn’t show up, she could get arrested on a warrant.

TV shows Ace reported about the status of June’s arrest and court appearance when she sold her home and hit the road in an RV. Back then, we noted that Patheos speculated about her case. The blog noted, “in August records indicate that the court mailed June a notice that her attorney has been removed from the case. Court records do not show the next date for her hearing, but she is listed in “delinquent” status. Additionally, a warrant was mailed for her arrest.” So, it’s not clear that Mama June got a new lawyer or not.

The Blast reported on Friday this week, that “Alabama prosecutors have told Mama June and her boyfriend Eugene “Geno” Doak to appear in court on October 15. The reality star will enter a plea to the felony drug possession charge. The court records do not list a lawyer for Mama June.” Well, if no lawyer pitches up, June’s not likely to get a good shot at defending herself. And, if she doesn’t show up, she could get arrested again.

Last seen at court – Geno got aggressive with reporters

In September, TMZ caught Mama June and Geno Doak heading into court. They appeared for their arraignment. TMZ reported that Geno got aggressive and offensive with the camera crew. Well, no surprise there, but hopefully he won’t be aggressive in court. That could only make things worse for June. When he was asked how things were going, he flipped off a very rude sign at reporters. Really, not the classiest person on the planet.

In the meantime, Mama June remains estranged from her daughters. The family even tried for a second shot at an intervention for June. But, it seems that June’s still not interested in any intervention, despite the pleas of her sister Joanne. It’s a very sad situation, some people think. Mainly because young Alana, Honey Boo Boo, lives with her sister Pumpkin these days. June won’t consider dumping Geno to take back her daughter of 14. But, if June gets a harsh sentence involving prison time, at least that would separate the couple.

In fact, some fans think a jail term might be best for Mama June. After all, she could get some counseling and drug therapy there, without Geno to lead her astray. What do you think about June getting ordered by the court to appear on October 15? Do you think she’ll show up? Or, maybe she would risk a no-show and an arrest warrant to hang onto her freedom a little longer. Sound off your thoughts in the comments below.

‘Unexpected’ Alum Diego Reyes Reunites With His Daughter
Ali Fedotowsky Relieved To Get Answers To Mystery Illness
‘Renovation Island’ Resort from HGTV: How Do You Visit?
Is Lifetime’s ‘Secrets Of A Marine’s Wife’ Based On A True Story?
Leah Messer Speaks Out About Rampant Plastic Surgery Rumours