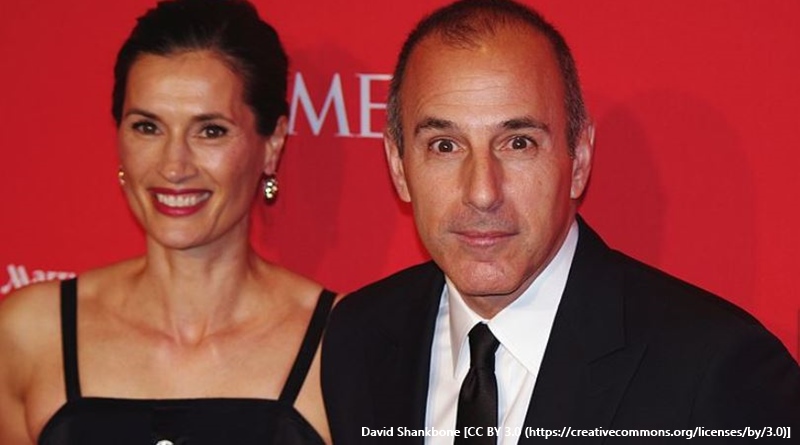 Matt Lauer, dismissed by NBC in 2017, hit the headlines once again. We reported that “the network’s reason for firing him was ‘inappropriate sexual behavior in the workplace.'” Now, the release of Ronan Farrow‘s book Catch and Kill: Lies, Spies, and a Conspiracy to Protect Predators revealed further allegations of non-consensual intimacy. Now, his ex-wife, Annette Roque issued a statement via her attorney.

Like the last time these inappropriate accusations hit the headlines two years back, Annette Roque’s concern focuses on the children. Now, in an exclusive statement given to People, her statement read: “In response to your inquiry, our client…asked us to tell you that now that the parties are officially divorced, her priority and only concern is for their wonderful children…Our client will make no further statements.” The statement came via “Roque’s lawyer John M. Teitler.”

The divorce only finalized in September, but now the accusations are back to haunt Matt Lauer and his ex-wife. Now 61, Matt Lauer deals with allegations of r*pe in the new book. People may recall that when NBC fired him, Brooke Nevils took no legal action against him. But, she spoke to Meredith Vieira who urged her to do something. So, NBC fired him in a hurry. Naturally, the juicy details emerged in the new book.

Nevils gave Farrow an interview and claimed that in Sochi, Russia, Matt Lauer actually r*ped her. According to Nevils, after they drank in the bar she felt comfortable going with him. But, she said that their sexual acts together couldn’t be taken as her giving consent. That’s because she felt “too drunk to consent.” She added, “I said, multiple times, that I didn’t want…anal s*x.” Allegedly, thereafter the two continued their affair.

Naturally, NBC responded to the new allegations from the book. After all, the popular personality worked for them before. Just like Annette Roque, they felt obliged to say something about the matter. Their statement said, “Matt Lauer’s conduct was appalling, horrific and reprehensible, as we said at the time. That’s why he was fired within 24 hours of us first learning of the complaint. Our hearts break again for our colleague.”

What do you think about Matt Lauer’s wife Annette Roque just focusing on the children in her statement? Do you think that she’s doing well to remain as far from the newest inappropriate behavior as she can? After all, she lived through multiple scandals with her unfaithful husband already. Sound off your thoughts in the comments below.

Remember to check back with TV Shows Ace often for more news about the allegations against Matt Lauer.