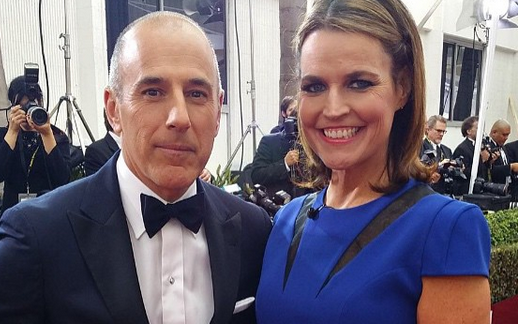 Matt Lauer was fired by NBC two years ago. The network’s reason for firing him was “inappropriate sexual behavior in the workplace.” The employee that he was inappropriate with is Brooke Nevils. At the time of the behavior, Nevils didn’t seek action. She told Meredith Vieira three years later. Then, Vieira urged her to take action. From there, she hired a lawyer. NBC then worked quickly to fire Matt Lauer.

Now, he’s back in the news after more details about inappropriate behavior has been released. On Tuesday evening, excerpts from Ronan Farrow’s new book, “Catch & Kill”, were released by Variety. In these excerpts, Nevils revealed that Lauer raped her. The excerpts released also included quotes from Nevils.

Two weeks out. Grateful for all your support. Tickets to live events and preorder links to your bookseller of choice (no, they’re not going to fold over the legal threats from unhappy subjects of the reporting) at www.CatchAndKill.Com.

In an interview between Farrow and Nevils, Nevils revealed that Matt Lauer raped her while they were in Sochi, Russia for the 2014 Olympic Games. According to Nevils, the two had been drinking at the bar with several others. Then, Matt Lauer invited her to his room. She said, that she “had no reason to suspect Lauer would be anything but friendly based on prior experience.” Once they were in the room together, he raped her.

From there, the two had a very sexual relationship. In the interview with Farrow, Nevils refers to these encounters as a “transaction” and not a relationship.

In response to the excerpts, NBC News put out a statement. They said, “Matt Lauer’s conduct was appalling, horrific and reprehensible, as we said at the time. That’s why he was fired within 24 hours of us first learning of the complaint. Our hearts break again for our colleague.”

On Wednesday morning, the “Today” show hosts talked about the breaking news about Matt Lauer. Savannah Guthrie said, “This is shocking. And appalling. and I honestly don’t even know what to say about it.”

After Matt Lauer was let go by NBC two years ago, he said, “There are no words to express my sorrow and regret for the pain I have caused others by words and actions. To the people I have hurt, I am truly sorry.”

In addition, he added that “some of what is being said about me is untrue or mischaracterized, but there is enough truth in these stories to make me feel embarrassed and ashamed. I regret that my shame is now shared by the people I cherish dearly.”

Though there were other sexual harassment allegations released at the time of his firing, Nevils is the first person to accuse Matt Lauer of rape.

For more updates about Matt Lauer, check back on TV Shows Ace. Follow along with TV Shows Ace on Twitter and Facebook.  “Catch & Kill” will be available on October 15.